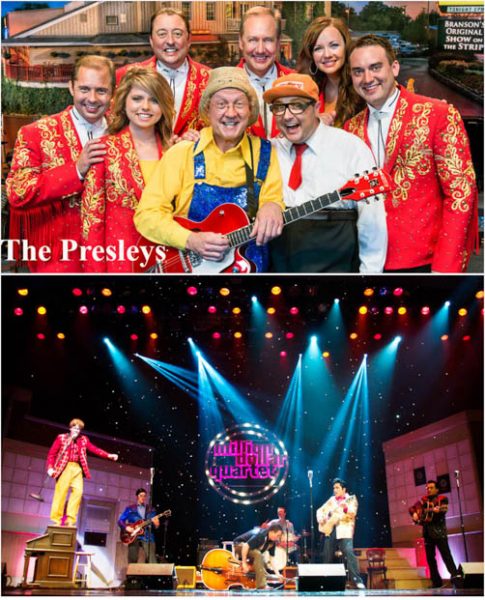 Most know the “Trifecta” as a bet forecasting the first three finishers in the correct order. A non-betting definition is “a run of three wins or grand events.” If the Husted family reunion in Branson this July doesn’t meet that definition, then what does?

When the nine Husted siblings, six brothers and three sisters, come to Branson for the reunion they will be joined by 16 to 20 other family members. Wes Husted said that the family has been working together, and with the Branson Tourism Center, via email, phone, and texting, planning the reunion for about two years.

He is extremely excited because it will be the first time that he will be together, in one place, with all his brothers and sisters. Wes was born in in 1946 and is the oldest. Soon after a sister and four brothers followed. There was a five-year period during which they lost two sisters, one died at birth and one was still born. His two youngest sisters and brother were born after that. His youngest brother was born in 1967 after Wes had gone into the U. S. Air Force.

Wes and two of his brothers, were career U. S. Air Force, moving all around the world. He said that he really didn’t get to know his two youngest sisters, who were one and two when he went into the service, until his parents bought them to visit on base while he was in the service. Two of his brothers also served in the Air Force. His remaining brother, served in the U.S. Marine Corps. “We are very close and have met as individuals. We’ve just been scattered all over and have never been able to get all nine of us together. It was one thing my mother always wanted to see, but never did,” he said.

Although they have met individually over the years, the Husteds’ Branson reunion will be the first time that they have ever been together in one place. They will be traveling to Branson from all over the country with some traveling from Hawaii.

“We were raised in a Christian home. Our parents always taught us that no matter how hard things are, and they were hard, that there is always somebody else who has a greater need and to find a way to help them,” he said. “The idea for the donation to the Christian Action Ministries (CAM) food program is in that spirit. We all wanted to lose weight for the reunion. Originally, we were going to donate food for each pound lost but, after talking with the staff of Christian Action Ministries, we decided to donate money instead because they can buy so much more than a dollar’s worth of food for each dollar they spend.”

He said that we are going to lose as much weight as we can and, regardless of the total amount lost, make a nice gift to CAM.  He’s hoping that they’ll raise $1,000 to give to CAM while they’re in Branson. “This reunion, what it represents, and the giving spirit of the Husteds for those in need in our community has touched our hearts,” said Annette Wood, Director of Sales and Marketing for the Branson Tourism Center . “In that same spirit, we’re honored to match the Husteds’ contribution to CAM up to $1,000.00.”

Wes says that what he’s looking forward to doing the most while at the reunion is just spending time with his family and enjoying their company. “Working with the Husteds to plan this reunion has been a unique and inspiring experience,” said Stephanie Lindner, the Group Sales Manager for the Branson Tourism Center. “Their itinerary was custom created for their reunion and includes plenty of family time, meals together, a special Reunion Dinner, and some of Branson’s most popular shows including Million Dollar Quartet, ‘Country on the Lake’ on the Showboat Branson Belle, Comedy Jamboree, and Presleys’ Country Jubilee.

“From all the places they could have picked, the Husteds picked Branson to celebrate this very special occasion,” said Lindner. “It’s an honor to have the opportunity to work with this very special family in planning this inspiring “First Reunion,” she added.

A family picture of all nine of the Husteds together will most assuredly be taken during the reunion. This writer can almost picture their mom, looking down, with a smile on her face, saying, “Together at last!”