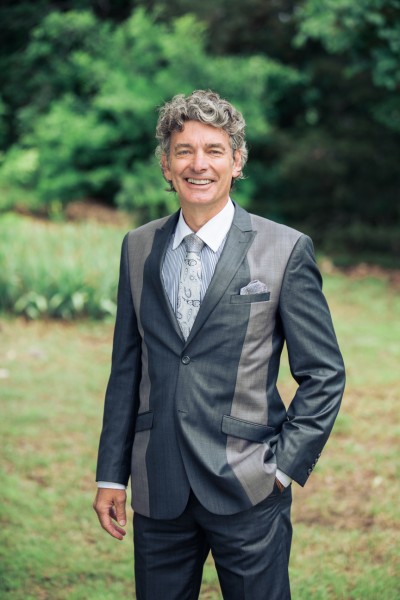 Mark McCauley’s rich bass voice has been entertaining Branson audiences for over 30 years, during which time he has performed with a number of Branson shows and national stars. Currently, Mark is performing with Branson’s premier quartet, “New South,” in the Grand Jubilee show, where he’s been since the show’s inception more than 12 years ago. We hope you will enjoy this interview with this remarkable entertainer and individual!

“Branson – Up Close and Personal” is a service of Branson Tourism Center, one of Branson’s largest and most respected vacation planning services, and is intended to provide readers with an up close and personal look at a Branson star or personality. The interview with Mark McCauley (MM) uses a “Question and Answer” format, and was conducted for Branson Tourism Center (BTC) by Gary Groman, a 29 year resident of the Branson area, and a local columnist and freelance writer.

BTC: Where were you born?
MM: Tallahassee, Florida

BTC: When did you first realize that you had the gift of a bass voice?
MM: I was about 13 years old. It sprung from the exposure I had to gospel quartet singing and my fondness for it.

BTC: Are there different types of bass like there are different types of sopranos; and if there are, what type of bass are you?”
MM: Technically what I do is called “Contra Bass” in the classical music world. However, I believe it would be more accurate, in terms of the type I sing, to say that it is the type of bass normally associated with Southern Gospel quartets.

BTC: At what age did you first start singing and where?
MM: At about 10 years old I “started singing in the seats” with the “Inspirations Quartet” as they did shows around the area, brought their albums home, and sang around the house.

BTC: How did you transition from singing in the house to singing in public?
MM: My mother pulled a trick on me. We had a family group that kind of sang together when we got together, but I did not sing with them. We were at a family gathering one night, the group was singing and my mother, who knew I wanted to sing, said, “Go on up there and sing.” She ‘pushed’ me into doing it. If she had not, I never would have sung, but when I finished that first song something clicked inside and I knew that I wanted to sing.

BTC: Do you remember the name of that song?
MM: I most certainly do, it was the “New Jerusalem Way.”

BTC: When did you start singing professionally?
MM: I left home at age 16 and went to Pensacola, Florida to sing bass with a group called the “Singing Fowlers.”

BTC: Was your first trip to Branson for business or pleasure?
MM: Business, when we came to talk with Bill and Janet Dailey about moving our quartet, the “Tennessee Valley Boys,” to Branson.

BTC: What’s your first memory of Branson?
MM: It was Bill and Janet Dailey’s outdoor cookout with a giant roasted pig.

BTC: Throughout your career you have performed in the Branson shows of some big-name stars. Who were they?
MM: Loretta Lynn, Mel Tillis, and Anita Bryant.

BTC: Do you perform in another show at Grand Country besides the Grand Jubilee?
MM: Yes the Branson Country USA Television show every Friday night and the New South Gospel show on Thursday afternoons.

BTC: Of all the songs you sing, what is your personal favorite and why?
MM: “How Great Thou Art” because I believe it is the greatest song ever written.

BTC: What’s the funniest thing that has happened to you while you were performing?
MM: During a rehearsal for the Mel Tillis show, while Connie Tillis was rehearsing “Mary Did You Know,” I did an impromptu dance around her and she had a hard time keeping a straight face. We were just kidding around and I did not know they had recorded it. The next night while I was singing the audience started laughing. I was perplexed as to why until I looked up on the monitors and discovered that they had recorded my “dance” for the whole world to see. It eventually became part of the show and, although I am not a dancer, I haven’t been able to get away from that stupid dance and am still performing it today.

BTC: What do you like best about performing in Branson?
MM: Being part of an entertainment industry that is based on the values of God, family, and country.

BTC: What do you like best about living in Branson?
MM: The people, they are some of the friendliest people I have ever met, and the natural beauty of the area.

BTC: What do you like to do when you are not performing?
MM: I really enjoy martial arts.

BTC: What kind of martial arts?
MM: Kenpo Karate in which I hold a 1st Degree Black Belt.

BTC: Do you have a little known fact about yourself that you would like to share?
MM: Well, not too many know about my involvement in martial arts.

BTC: If you could perform with and or meet any entertainer living or dead who would it be and why?
MM: That would be the “Oak Ridge Boys,” whom I have had the pleasure of meeting. To me they are the ultimate entertainers.

BTC: Your immediate family consists of?
MM: My wife Donel and my son Jacob.

BTC: Where and how did you meet your wife?
MM: I met her in Branson at a show where we worked together. It’s one of the best things that ever happened to me.

BTC: Why should people coming to Branson see the Grand Jubilee show?
MM: That’s an easy one to answer. There’s nothing missing out of the show. It’s fast moving, extremely well produced, has an extremely talented cast and has some of the best music and comedy in Branson. It truly has something for everyone. [The Grand Jubilee is one of Branson’s most popular shows and this review explains why.]

BTC: What’s in it for kids?
MM: Comedy, action, color, and music that will appeal to them. When it comes to quartets, kids are just like almost everyone else, they just like them.

BTC: Anything else you want our readers to know?
MM: I am a very blessed man.