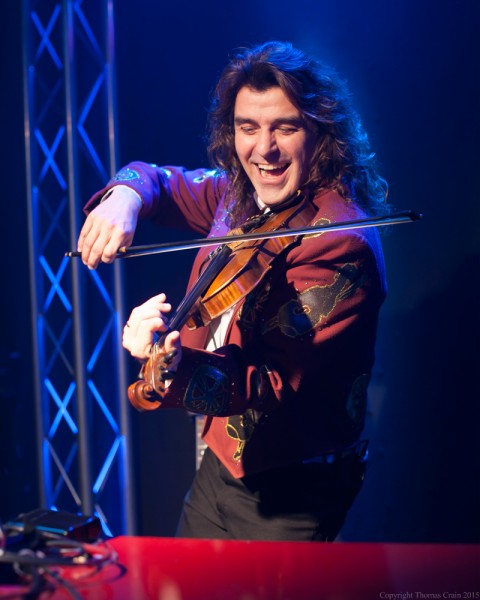 When the bow glides across the strings of the first fiddler in Branson’s 27th Annual Fiddle Festival, it will be the beginning of a Grand new era. Formerly held in either historic downtown Branson or at Branson Landing, basically under outdoor weather-dependent conditions, the Festival, running from August 28-30, will have a new home this year at the Grand Country Music Hall, located in the middle of the famed Branson Strip.

Mike Patrick, General Manager & Producer of the Grand Jubilee and the other shows performing in the Grand Country Music Hall, will be producing the Festival. Patrick said, “We are so honored and excited about hosting the Fiddle Festival. It just seems so neat that Grand Country, the home of the world’s biggest fiddle and Branson’s Fiddling Sweethearts, Wayne Massengale and Melody Hart, will be hosting this event. What a great weekend of fun, fiddling, and competition it promises to be!

Patrick points out that the actual competition will be conducted in the Grand Country Music Hall, the home of all Grand Country’s shows, and will be hosted by noted Branson Fiddler Wayne Massengale, widely known for his showmanship and fiddle playing skills; he won Branson Fiddler of the Year five times, as well as the Arkansas State Championship, and the Society for the Preservation of Bluegrass Music Association (SPBGMA) Most Promising Fiddler award.

The Fiddlers will be competing for cash and the coveted title of Mid-America Fiddle Champion. The preliminary rounds will be held on August 29th with the Division Finals and the Championship Round Robin Competition to crown the overall Champion on Sunday, August 30th.

The schedule for the Festival, subject to change, is:

The fun-filled weekend kicks off with this get-ready-for-anything “open-mic” event being held in Grand Country’s parking lot. Here, Cross-tuning, Trick, and Fancy Fiddling is allowed, and the applause meter will decide the four winners of the $50 to $300 prizes that will be awarded.

Competition begins in the Grand Country Music Hall featuring six different divisions of competition with awards and the opportunity to advance to the Finals.

The winners of the Pee-Wee, Accompanist, and Senior Divisions are awarded cash prizes while those making the top six in the Junior, Open and the top five in the Adult Divisions all advance to the finals.

The top three will advance to Round Robin Competition at 4:00 PM to compete for the overall title of Mid-America Fiddle Champion, an additional $1,000 prize and a Championship Belt Buckle.

“It’s great to see the continuation of this event that celebrates our Ozarks history and heritage,” said Annette Wood, Director of Sales and Marketing for the Branson Tourism Center. “The new venue at Grand Country, with all its live shows, central location on the Branson Strip, and production capability, will make this great event even more fun and exciting for the competitors as well as for those attending,” she added.

For more information about the Fiddle Festival, or registering to become a contestant, please call Grand Country at 417-335-3535.