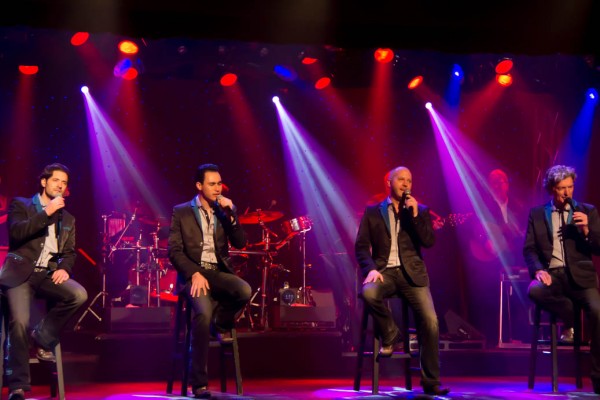 Then don’t miss the Grand Jubilee show; it’s all that and then some! Whenever I go to this show, I am enthralled by amazing vocals, hilarious comedy, the great live music of the “Grand Band,” and how the show’s emcee and producer, Mike Patrick, ties it all together into an awesome entertainment experience.

From the pre-show to the final curtain, this grand production is filled with some of the finest vocals, comedy, and live music appearing anywhere on any Branson stage. The quartet, “New South,” is composed of Lead Vocalist, David Ragan; Tenor, Luke Menard; Baritone, Jon Drockelman; and Bass, Mark McCauley. Although each, on their own, has a great voice, the harmony and power of their combined voices is a joy to experience. It’s obvious that they love entertaining their audience and are having fun, and, from where I was sitting, it was apparent that they were conveying that feeling to the audience.

They perform a variety of music covering many genres including country, gospel, pop, and patriotic covering decades of hits and do an amazing job on them all. From among many, and although certainly subjective, some of my favorites were “You Gave Me A Mountain,” what I consider their signature number, “YMCA,” and my favorite, “How Great Thou Art.” It is one of the most powerful and inspirational renditions of that song I have ever heard. Listen for “the note;” when you hear it you’ll know! 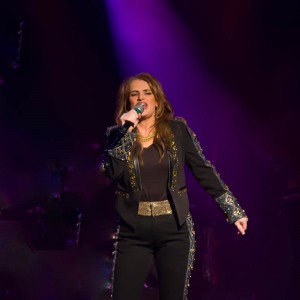 Jackie Brown, who just won the BRAMMY Award as the Best Female Vocalist of 2015, showed why on a variety of numbers throughout the show. My personal favorites were her performance of the Jamie O’Neal hit, “When I Think About Angels” and her duet of the Dolly Parton Porter Wagoner hit, “I Will Always Love You,” that she performed with Luke Menard.

These guys are not just great musicians; they interact with others in the cast and the audience throughout the show. Whether it’s simply playing music in support of the vocalists, a short feature during a vocal such as their individual participation in New South’s performance of “Sweet Country Music,” or a solo performance such as Michael Davis’ beautiful piano vocal performance of “Candle In The Wind,” these consummate entertainers add so much to the audiences enjoyment of the show.

“Jim Dandy,” played by multi-talented Jamie Haage, along with “straight man” Mike Patrick, kept me laughing throughout the show, from the preshow to the end with a marvelous combination of one liners and comedy skits. It can be safely said, “No dark comedy here, just orange comedy that is skillfully choreographed into the show so that it flows in with the music at exactly the right time to keep the show moving seamlessly from one colorful and entertaining “set” to another.

As many times as I have seen it, watching the metamorphosis of Haage from comedian to instrumentalist and vocalist is a special treat to see and hear. His playing of the banjo, steel guitar, drums, piano and fiddle, especially his “train duet” of the “Wabash Cannonball” and ” Orange Blossom Special” with Wayne Massengale, was a joy to experience, not only testifying to the versatility and talents of this “grand” entertainer, but as yet another thing that makes the Grand Jubilee unique among Branson shows.

Sure it’s a show filled with talent, but it is the way that talent is all brought together with its choreography, colorful costumes, sound, and lighting that makes it the outstanding production it is and that’s thanks to the show’s producer and director, Mike Patrick and associate producer Andy Holloway. And if that’s not enough, Mike is also Emcee, Jim Dandy’s straight man, and plays a mean honky-tonk piano version of “Balls of Fire” surrounded by some great special effects.

In previous reviews of the Grand Jubilee I said, “It might seem like a cliché, but the Grand Jubilee is truly ‘grand’ entertainment. I laughed until I hurt, listened to some of the most talented musicians and vocalists I have ever heard, in Branson or anywhere else, and was thoroughly entertained by a fast moving production that held my interest throughout. It was over all too quickly. Isn’t it wonderful that some things never change except to get better!” All I could add for the 2016 show that I saw was, “Ditto!”

For additional information or tickets for the Grand Jubilee show contact the Branson Tourism Center, one of Branson’s largest and most respected vacation planning services by calling 1-800-785-1550 or through its website, www.BransonTourismCenter.com .