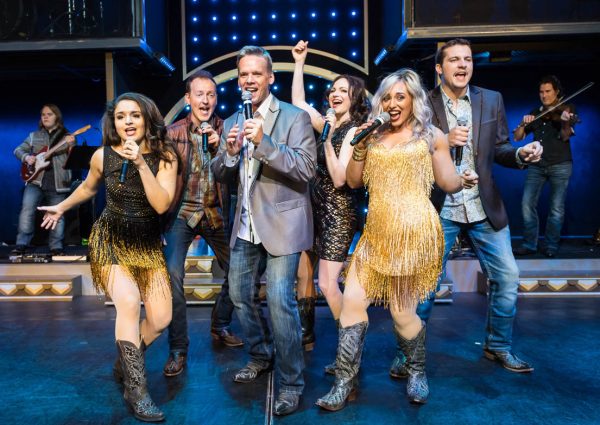 “To describe ‘Country on the Lake’ strictly as a show doesn’t do it justice,” said Preston Garrison, Director of Operations for the Branson Tourism Center. “It’s part of a wonderful entertainment adventure, including the show, cruising Table Rock Lake aboard the 278 foot-long Showboat Branson Belle, and a delicious meal,” he added.

Recently, I had the opportunity to cruise aboard the magnificent Showboat. It’s something I have enjoyed on many occasions in the past but WOW, “What a difference a year makes!”

During her off season, the Showboat underwent Phase One of a two year multi-million dollar “relaunch” project. Nick Guevel, Director of Operations for the Showboat Branson Belle, said it included a complete redo of the theatre and dining area’s carpeting, stage, chairs, wall paper, painting, and an expansion of the premium dining area. It also includes a major modification made to the panoramic windows throughout the boat so that the curtains won’t have to be drawn while guests enjoy the show; and much more.

All I can say is that it’s beautiful. There is more space between seats and I really enjoyed being able to look out the windows during the show. They have even changed the boarding process to eliminate long lines and permit a more relaxed experience from the very beginning.

“Country on the Lake” and its BBQ menu is also part of the “relaunch.” The show, and its menu was developed in response to what research indicated their guests wanted. Soon after boarding, the “Country on the Lake Band” started playing classic country songs as the Showboat’s excellent servers started serving lunch. It includes a great spring mix salad; slow smoked pork, smoked at Silver Dollar City and delivered fresh to the boat each day; BBQ Chicken; loaded baked potatoes; roasted corn; homemade rolls; and ice cream pie for dessert.

After lunch, and ample time to stroll the boat and enjoy the scenery, “Country on the Lake” starts. It uses a straight concert format. It‘s different from the “variety” format typically used on the Showboat’s other shows such as its evening cruise show, “CELEBRATE.” The cast features “some very talented rising Nashville stars backed by a live band performing country hits from Dolly Parton, Glen Campbell, Garth Brooks, The Judds, Trisha Yearwood, Reba McEntire and many more!”

From their opening number, Party on the Lake, to their closing number, the Battle Hymn of the Republic, the talent and passion of this cast is a joy to experience. My custom is to describe three of my favorite highlights from each show I write about in the hope that it will give a feel for what to expect.

Dean Church has been playing the fiddle for Branson audiences for decades. His rendition of the Charlie Daniels hit “Devil Went Down to Georgia,” with the integration of the videos screen on the side was one of the most entertaining and exciting performances of this song that I have every experienced. Two other highlights were Alyssa Antonetz’s performance of the Carrie Underwood hit “All American Girl,” and the all cast Finale including Aaron Tippin’s “Stars & Stripes & Eagles Fly” and the “Battle Hymm of the Republic.”

As we debarked, the cast was there to say, “Hi,” pose for pictures, and sign autographs. From beginning to end the entire experience was a delight. What a great way to start an afternoon in Branson!

For more information or tickets for the Showboat Branson Belle and its shows please contact the Branson Tourism Center. They can be reached by calling 1-800-785-1550 or through their website www.BransonTourismCenter.com,