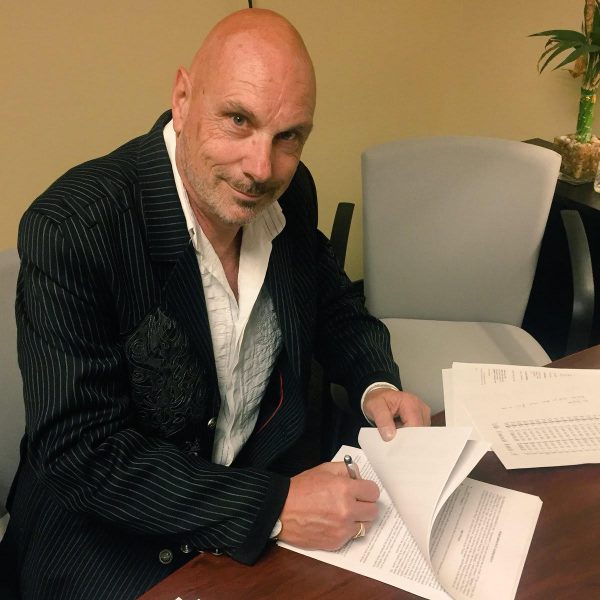 Following the successful format used in their hit Las Vegas show Raiding the Rock Vault, Sir Harry Cowell, and his partner Simon Napier-Bell, premiered their new show, Raiding the Country Vault in Branson. It’s a show filled with some of the greatest country music classics, of all time, with an outstanding cast,performing music they know, love, and respect. Every song in the show is a song that most, whether a country music fan or not, will recognize.

“Branson – Up Close and Personal” is a service of the Branson Tourism Center (BTC), one of Branson’s largest and most respected vacation planning services. It uses a “Question and Answer” format to provide readers with an up close and personal look at a Branson star or personality. Sir Harry Cowell, one of the owners of Raiding the Country Vault and its manager, is our guest for this interview.

BTC: Are you related to Simon Cowell
Sir Harry: No.

BTC: What separates Raiding the Country Vault from other country shows?
Sir Harry: Each of the songs in the show is a classic country hit that was a number one song for the artist. The great thing about the show is that it’s country music, almost everyone will recognize.

BTC: What is it about Raiding the Country Vault that sets it apart from other Branson shows?
Sir Harry: It’s pretty simple. We do a straight 90 minute concert of some of the finest classic country hits of all time, sung and played by, some of the people who wrote or performed them and some of the most talented country music vocalists and instrumentalists around.

BTC: What will the audience notice about each of the songs in the show?
Sir Harry: They are all big hits, most number one hits, and done exactly as they were originally done.

BTC: What’s the relationship between the performers in the show and either the songs they perform or the performers who made the songs famous?
Sir Harry: This is the real deal. Everyone in the show, has had country hits in their own rights. Billy Yates has played the Grand Ole Opry 49 times.

BTC:  Why should someone coming to Branson plan to see Raiding the Country Vault?
Sir Harry: If you want to see a show filled with country classics, lights, lasers, and special effects this is the show for you.

BTC: What do you like best about Branson?
Sir Harry: The people and the weather. I feel very much at home. The weather changes, although a little more extreme, reminds me of England.

BTC: Why do people call you “Sir Harry?”
Sir Harry: I went to school in the UK with a lot of royalty and so my nickname became “Sir Harry.”

BTC: Where were you born?
Sir Harry: In Dorking, Surrey, near London.

BTC: Are you a United States citizen?
Sir Harry: No, I am absolutely English.

BTC: How did you get involved with show business?
Sir Harry: I was a drummer in a band in the 70s. I had my own recording studio, published music, and managed bands, including the band “Asia,’” alongside of Simon Napier-Bell, my partner.

BTC: What’s your specific involvement with the Starlite Theatre?
Sir Harry: We lease and totally operate the theatre.

BTC: What else would you like our readers to know about the Starlite Theatre?
Sir Harry: From the quality and variety of the entertainment we offer; to some of the best BBQ in Branson at the “Getting Basted” restaurant in our lobby; gift shop; flat parking; and other amenities, there’s not another theatre or entertainment experience in Branson like ours.

For additional information or tickets for Raiding the Country Vault, or any of the other shows at the Starlite Theatre, please contact the Branson Tourism Center by calling 1-800-785-1550, or by visiting www.BransonTourismCenter.com.