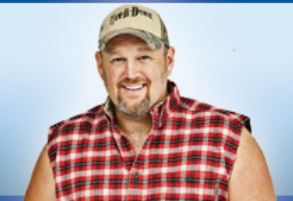 BRANSON, Mo.  “The ‘Git R Done’ man himself, Larry the Cable Guy and country music legend Tracy Lawrence will each be making a one performance limited engagement appearance at the Black Oak Mountain Amphitheater near Branson in Lampe, Missouri,” said Tammy Johnson, the Director of Operations for the Branson Tourism Center. “Larry the Cable Guy will be appearing at 8:00 p.m. on Saturday, August 20th and Tracy Lawrence at 6:30 p.m. on Friday, September 2nd,” she continued.

In describing the performances, the Branson Tourism Center’s website says, “‘Git R Done’ is part of American Culture. Larry has thrilled audiences in The Blue Collar Comedy Tour. He has three Gold Certified Comedy Albums and has starred in five major movies. He is known as the voice of ‘Mater’ in the Disney Films “Cars” and “Cars Two”. He has his own series on the History Channel ‘Only In America With Larry The Cable Guy’.

“Larry’s special guest at Black Oak is Reno Collier. Reno has had his own series “Comedy Central Presents” and has been featured on Blue Collar. This will be a Comedy Show you will not forget! 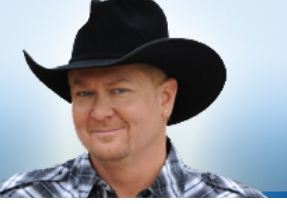 “Country Legend Tracy Lawrence’s incredible vocals have produced hits like ‘Sticks And Stones’, ‘Time Marches On” and ‘Paint Me A Birmingham’. He has 18 number one Country Hits.

“His guests ‘Steel Magnolia’ blasted to national fame by winning CMT’s ‘Can You Duet’. Their hit single, ‘Keep On Loving You’, is the highest rated new duet in the history of Billboard. ‘JaneDear girls’ are ‘the girls next door who really kick it’. ‘Wildflower’ has thrilled audiences with high energy, soaring vocals and world class instrumentals.”

The Black Oak Amphitheater is on State Highway H about 1.7 miles west of its intersection with State Highway 13 and about 23 miles from the center of the Branson Strip.

Branson Tourism Center’s Johnson suggests calling and booking these special limited engagement performances while seats are still available. For additional information or tickets for either Larry the Cable Guy or Tracy Lawrence please contact the Branson Tourism Center (BTC), one of Branson’s largest and most respected vacation planning services by either calling their toll free number 1-800-682-2021 or through their website www.BransonTourismCenter.com.