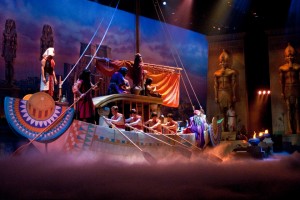 BRANSON, Mo., September 22, 2012 – “Working with people like Vicki and James Green adds special meaning to what we do,” said, Tammy Johnson, the Director of Operations for the Branson Tourism Center (BTC). “Making a trip to Branson so special for our customers that they will want to say, ‘Branson was the greatest experience that I’ve had in a long time,’ is our passion,” she added.

After the Greens first trip to Branson in 13 years, Vicki Green sent an email to Branson Tourism Center about their Branson trip and how much it meant to them. As BTC responded, by phone and email, with Vicki, it became apparent that her heartwarming story of courage and hope and its relationship to her trip to Branson should remind all of us what a special place Branson is and why we should not take either it or tomorrow for granted.

In her initial email she said, “Thank you all so much for making our vacation come true… Our vacation was just wonderful. The best time that I have had in years. I did not want to come home.

“Dixie Stampede was awesome – the best show in Branson. I had never rode a train, so riding the ‘[Branson] Scenic Railroad’ train was so relaxing and the scenery was so beautiful. The show Joseph was great and we had the best seats in the house — 3 rows from the Tip Top, but we could see everything so well.  The ‘Waltzing Waters’ were so beautiful… The [Hollywood] Wax Museum was great… We went to the ‘Old Fashion Photos’ and dressed up as a Western Bride and Groom. That was so much fun.

“‘Baldknobbers’ and ‘Plantation’ are great places to eat. I got to go into the shops on the strip. My husband and I walked down the strip holding hands like a newlywed couple – after 36 years of marriage. I guess it was a second honeymoon for us…I can’t wait to come there again. There is still plenty to do.

“It had been 13 years since we had been there. Don’t want to wait that long again. Thanks to everyone. It was a perfect trip – it couldn’t have been better. The hotel [Dutton Inn] was wonderful…”

After receiving the original email, Lesley Davis, a Manager with BTC called to thank her for taking the time to share her Branson experience and for the kind things she had to say about the service she received from BTC. During that conversation Lesley discovered something else about why that trip was so special to the Greens, but let’s let the words of Vicki herself, from a second email she sent after the phone call, share that with us.

“Thank you so much for your call to me today. I felt so honored that you had taken from your time to just talk to one person out of thousands that probably come through there. I didn’t really expect to get a reply to that e-mail. I assumed someone would read it, then delete it and it’d be trash….

“I think Branson was very special to us because it had been a long time since we’d had a vacation. I was diagnosed with cancer in October 2007. A lot of surgeries and chemotherapy kept me down. I was barely able to get in a car, much less take a trip. Maybe a lot of people take Branson for granted. They go and know that in a few months they will go again, so it’s not as special.

“It was so good to be there and enjoy so many things and feel good to do them. I had prayed hard for God to bless me and he did a miracle with me. The problems that I was having I didn’t have while I was there. God has been so good to me. I am cancer free. I just had my 6 month check up. My Oncologist is going to do a Bone Scan. A little concern about bone pain I am having… God is able to take care of it…

“Branson was the greatest experience that I’ve had in a long time.”

We at the Branson Tourism center would simply say, “Thank you Vicki, not only for coming to Branson and giving us the honor of working with you to plan the trip, but for sharing your personal experience with us.” It is a reminder for those of us privileged to live and work in Branson not to take what surrounds us every day for granted and of the need to make sure that every trip to Branson for every customer is “special” enough so that they would want to echo your words, “Branson was the greatest experience that I’ve had in a long time.”