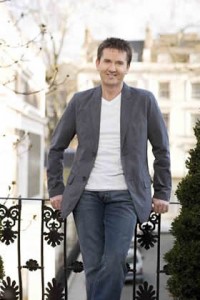 On February 20, 2014, internationally acclaimed singer and perennial Branson favorite Daniel O’Donnell, announced, on his website, that he has “decided to take an extended break from touring after the Gertrude Byrne Caribbean cruise finishes next February 2015.” O’Donnell went on to say, “I can’t really say how long the break will be, but there will be no shows until at least the middle of 2016 and closed the announcement saying “I want to stress that ‘This is not retirement,’ it’s just a sabbatical.”

In his announcement, he thanks everyone for their support as his wife Majella has battled cancer since last July and say’s that he is “delighted she’s doing so well” and ” that her treatment and surgery has been successful.” At the same time he points out that through it all they have had a lot of time to reflect and take stock of things. O’Donnell said, “It makes us realize that life is short. For me this was a very big decision, but there are a number of things that Majella and I want to do and even if we live to be 90 (which I hope we do) I don’t want to have to say “I wish we took the time to do such and such……”

“Although Branson audiences will surely miss Daniel O’Donnell’s performances during his sabbatical, we rejoice in the fact that Majella is doing so well and that they are able to take the time to do the things they want to do together,” said Tammy Johnson, the Director of Operations for the Branson Tourism Center. “We, and we are sure, his fans look forward to seeing the final performances of the Daniel O’Donnell show in Branson November 1 through November 22, prior to the start of his sabbatical, and the opportunity to wish him and Majella ‘Godspeed.'”

For information, tickets and the best seats available for Daniel O’Donnell’s November Branson performances please feel free to contact the Branson Tourism Center by calling 1-800-785-1550 or through its website, www.BransonTourismCenter.com.