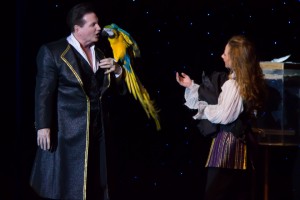 Dave and Denise Hamner with one of their “magical “winged friends.

Went to see Branson’s newest show, Hamners’ Unbelievable Variety Show, this week. From the exciting, colorful and “magical” introduction of its cast to its spectacular inspirational and equally “magical” 911/Veterans finale, Hamners’ Unbelievable Variety Show combines two hours of unique, colorful, exciting and entertaining acts into an entertainment experience unlike anything else appearing in Branson. From great illusions and close up magic, presented by two of the world’s finest magicians, to high flying “silk” acrobatics, an amazing strength adagio act, comedy, musical impersonations, vocals, dancing and ventriloquism the scope and variety of this show is, well, “Unbelievable.”

The show starts in a spectacular fashion with a “Grand Illusion.” Actually two “Grand Illusions,” one the musical and dancing performance of the Styx hit, “Grand Illusion” and the other, in conjunction with the first, the “Grand Illusion,” performed in true Hamner style, used to introduce the cast of the show. It was a wonderful and exciting flurry of color, excitement, illusions and action getting the show off to an absolutely “Unbelievable” start.

I could talk about the venues Dave and Denise Hamner have appeared in from Las Vegas to Disneyland and others as well as the awards they have received including the “prestigious “Magic Masters Award” by their peers in Las Vegas,” but none of it would compare to just watching these two masters of their craft perform their unbelievable illusions and interact with their audience. Their one of a kind bird act with beautiful Macaws and Cockatoos is as amazing as it is beautiful to watch; the original “Vertigo: The Fall of Death,” and Dave’s simple elegant performance of the close up magic doing a unique “baseball” twist with the “Cups and Balls” illusion were, from among many others, three of my favorite illusions. 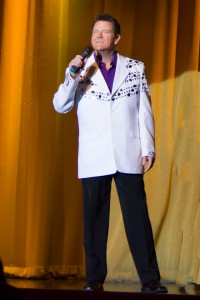 From the opening number of the show, a full cast production number, the magic of the Hamners, is choreographed and combined with the talents of the shows other performers resulting in a virtual cornucopia of “Unbelievable” variety, talent and entertainment. Jeff Brandt, considered by some to be one of the top singing impressionists in the country and a featured performer in Wayne Newton’s show for 13 years performs a number of his impressions, including a “magical” appearance during the second half of the show. While performing with Wayne Newton in Las Vegas, Brandt was given the nickname “The Voice.” After seeing and hearing him perform, I know why. His incorporation of the impressions of Elvis, Frank Sinatra, Dean Martin and Sammy Davis Jr. into his performance of “My Way” was remarkable and some, might even say, “Unbelieveable.”. 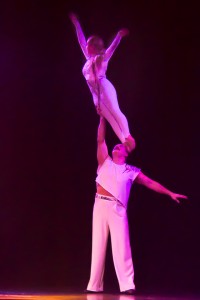 The father and daughter team of Vadim & Mariya Serykh add to the variety and excitement of the show with their amazing, beautiful and eloquent strength and balancing adagio act. Mariya adds to the excitement and danger as she rises high into the heights of the theatre over the audience and performs a beautiful acrobatic “silk” routine. To say that the audience was amazed and excited by their performance would be an understatement.

The lead female vocalist, Tamera Tinoco, has produced and sung in a number of Branson shows including “The Magnificent Seven,” in which she and her husband Joe star. I particularly liked her rendition of “Defying Gravity” from the play “Wicked.” The transition into the shows ventriloquist, Brenda Hahne and her loveable “Aunt Ruth” was, well let’s say, “in the cards.” Aunt Ruth and Brenda provided a funny and entertaining routine as they discussed, sometimes with a little help from the audience, the funny day to day “doings” of Aunt Ruth.

The shows dancing is choreographed by A. J. Herd, who along with Ken Brown, Dance Captain, and Mariya Serykh provide another unique element to this “Unbelievable” show. Whether it’s their introduction to an illusion, such as when they introduce the Hamner’s unique version of the “Origami” illusion, or the spellbinding performance of young Mariya Serykh during Tamera Tinoco’s performance of “Defying Gravity,” they add an element of grace, beauty and elegance throughout the show.

To this writer, one of the most “Unbelievable” aspects of this show is the way the individual talents of its cast are combined into a production that is as equally entertaining to adults of all ages as it is to teens and younger children throughout its entire length. All of Branson’s shows are “family friendly” in terms of their content, some are designed primarily for kids and others for adults, but very few to entertain adults and kids together for the whole show; Hamners’ Unbelievable Variety Show is one of those shows.

For additional information or tickets for Hamners’ Unbelievable Variety Show or any of Branson’s shows and attractions or for Branson lodging please feel free to contact the Branson Tourism Center by calling 1-800-785-1550 or through its website, www.BransonTourismCenter.com