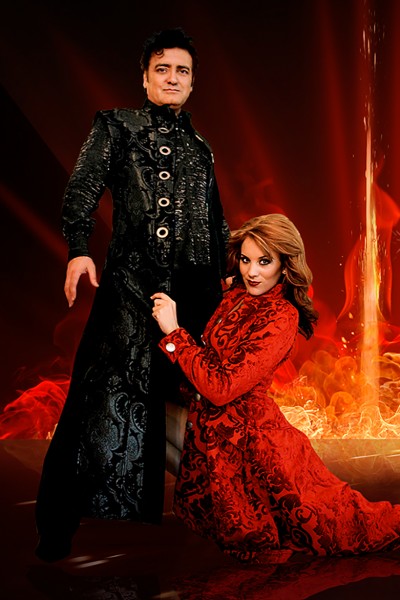 The short and quick of it is, if you want to see one of the best magic shows to ever appear on a Branson stage you don’t want you and your family to miss the Illusionist Rick Thomas Show at the Moon River Theatre. In over 28 years of seeing magic shows in Branson I have never been as amazed or entertained by a magic show as I was by this show when I saw it on the night of May 23 with many of my peers from the Branson Tourism Center and the Branson tourism industry. 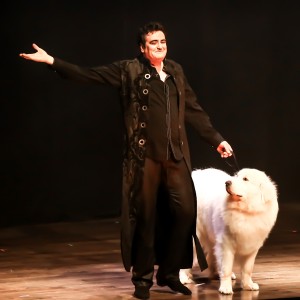 From the time the show starts until it ends with a “blast,” it is two hours of truly magical non-stop entertainment with a variety of illusions; close up magic; what I call “mind magic;” doves, dogs, color, brightness, dancing, music and action that will “knock your socks off.” The magic is illusionary, but the fun, excitement and enjoyment I experienced, and witnessed others enjoying was real.

There’s no aloofness or mystery here, just a man who obviously relates well to both adults and kids, getting them invested in the show early on and keeping them enthralled throughout. He is a master at his craft and just seems to be able to communicate to his audience that he is having so much fun doing what he is doing as he draws them into that fun. It is simply magical in its own right and adds so much to the excitement and enjoyment of the show.

With his beautiful and talented assistant, Tara Edgerton and dancers Shelley Tess-Webster, Jenna Perez, Sarah Tochtrop Thomas Gray, Lewis Darlington and Gareth Evans, he combines beautiful music and dancing with some of the “most intriguing and innovative Grand Illusions in the world” into a spectacular entertainment experience. Whether it was Rick performing one of his illusions, the dancers dancing or him working the audience, this fast paced show had me sitting on the edge of my seat marveling at what I had just seen and anxious to see what was coming next.

This is one of those shows that both adults and children can simultaneously enjoy together throughout. Kids and adults alike love the magic and the dancing and even on the couple of occasions when kids were brought up on stage to interact with him it was seamlessly done in a way that not only gave the children in the audience a chance to relate to their peers on stage, but enhanced the quality of the entertainment experience of the adults in the audience at the same time.

Because it is a magic show and surprise and awe is such a big part of its excitement I will not go into the specifics of the illusions except to say, “From birds and motorcycles to Lightning, seeing time stand still and from dogs to beautiful women you will be amazed and dazzled by the illusions of Rick Thomas as they come at you one after the other as part of this wonderful magical experience. 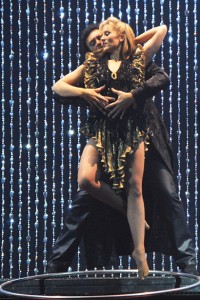 The start of the amazing, unique “Air Adage.”

OK, I have to mention one. The “Air Adage” illusion with Tara dancing so gracefully high above the stage is as beautiful as it is amazing, not only from an illusion perspective, but from the grace and skill of the dancing itself. It is a unique one of a kind illusion that I will never forget and bet you won’t either.

I asked two of my compatriots from the Branson tourism industry who attended the same show, what they thought of it. “I’d rate it a ’10!’ said Megan Miller who has seen a number of magic shows in Branson over the years. When asked what she liked best Megan said that she liked the illusions involving the dog, the way he relates to the audience and the “blast” at the end of the show.

Noell Chapman, another Branson tourism professional, has also seen a number of magic shows in Branson over the years and when asked how she would rank it on a 10 point scale she said, “10 plus!” When asked what her one favorite part of the show was she said, “I loved the way they levitated into ‘the sky’ and gracefully floated above the stage like they were swimming in water, but there’s no water!” She said that she has never seen anything like it, highly recommends the show and would definitely recommend if for families with kids.”

For additional information or tickets for the Illusionist Rick Thomas Show please contact the Branson Tourism Center, one of Branson’s largest and most respected vacation planning services by calling 1-800-785-1550 or through its website, www.BransonTourismCenter.com.