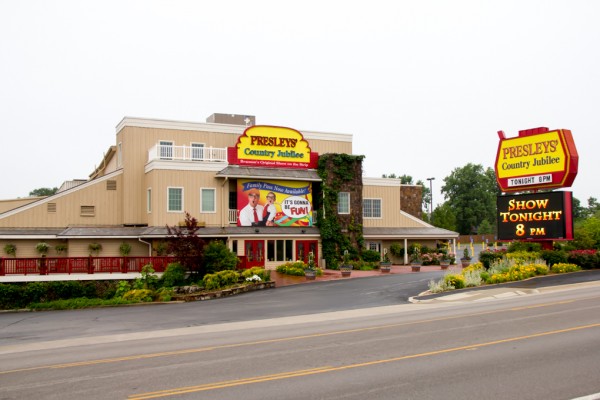 “Just about everyone who comes to Branson, wants to see the famed Branson Strip and will, whether they want to or not because of its location,” says Annette Wood, the Director of Sales and Marketing for the Branson Tourism Center. Here’s some answers to some of the most asked questions about The Strip that we hope you will find interesting:

How long is the Branson Strip? As measured on my odometer today it is 3.3 miles long from its eastern end at the Intersection of the Fall Creek Road and Highway 76.

Is there any formal signage showing that you are on the Branson Strip? No, but if you are on Highway 76, and you see a theatre marquee you are on “The Strip.”

Is Silver Dollar City or Branson Landing on the Branson Strip? No. Although Silver Dollar City, the 1880’s styled award winning theme park that is Branson’s most popular paid attraction is located on Highway 76, it is miles west of “The Strip” and is not actually inside the city limits of Branson. Branson Landing is located east of “The Strip” at the end of Main Street.

Didn’t the tornado of 2012 tear up “The Strip?” Actually very little damage was done to most of the attractions and theatres on “The Strip” by the tornado. The three major theatres that were extensively damaged have all been remodeled and are in operation. Interestingly, and illustrating just how spotty the damage was, Dick Clark’s American Bandstand Theatre was extensively damaged resulting in just about a new theatre while the Dixie Stampede, located immediately across the street, wasn’t damaged at all.

Where is the biggest concentration of shows and attractions on The Strip? Although there are dozens of major attractions up and down the strip it is hard to imagine that there is a more concentrated area than the .6 miles from Andy’s Custard west to the World’s Largest Toy Museum that includes White Water; popular Branson shows such as SIX, It starring the Hughes Brothers and their Families, the Duttons, George Dyer, Ayo staring the Voices of Glory and others along with everything from mini golf to multi story high go-kart tracks.