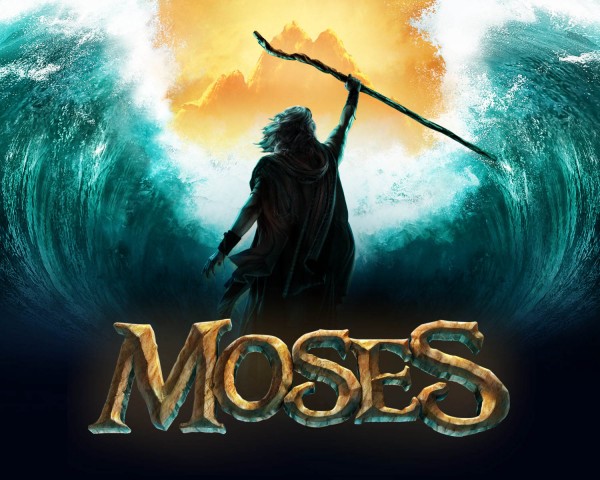 “While maintaining its inspirational biblical perspective, Moses is the most spectacular, technologically advanced, show that Sight & Sound Theaters has ever put on stage,” said Mike Pitman, the Business Development Manager for the theatres. He said that people expect the inspirational and spectacular from Sight & Sound, but Moses takes it to an entirely new level.

“Wow, that’s saying a lot when you consider the spectacular productions, such as Noah – the Musical, Miracle of Christmas, Joseph, and Jonah, that Sight & Sound has become legendary for,” said Annette Wood, the Director of Sales and Marketing for the Branson Tourism Center. She points out that the legend will continue with the Branson premier of Moses on March 2, 2016.

This powerful and epic biblical story follows Moses on his quest for personal identity; what that meant as he decided to follow his God and, unbeknownst to him at the time, change the course of human history. Journey back to that time with your family and witness some of the greatest moments in biblical history; experience the exhilaration and celebration of the Israelites as they brush past you on their path to freedom; feel God’s awe-inspiring power as you sit in the midst of the parted Red Sea, and the moment God first speaks to Moses at the burning bush, all presented as only Sight and Sound can depict.

When asked what his favorite scene in the show was, Pitman, who has seen the show in Lancaster, PA, said that it would be difficult to pick just one because of the scope of what the show covers, the incredible cast, and the spectacular special effects. Would it be the awe-inspiring feeling he got sitting there when all of a sudden he felt a gush of air as he found himself in the midst of the parting of the Red Sea; the impactful and powerful scene at the top of the mountain when God first speaks to Moses at the “burning bush;” or one of the show’s many other inspirational and exciting scenes? 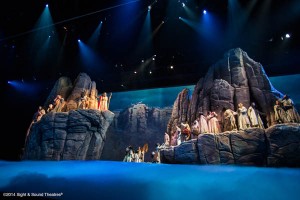 Parting of the Red Sea.

“The show has incredible special effects throughout that leave people asking, ‘How did they do that?'” Pitman said. Another of his favorite scenes illustrating that point is where the staff of Moses turns into a snake, crawls down a stair banister, and turns back into a staff again. He loves the way that this enables the audience to feel like they are literally with Moses, surrounded by the mountains, at the “burning bush,” and in the Red Sea when it parts around the Israelites as they escape Pharaoh’s wrath.

He points out that another interesting aspect of the production is the way it shows how the Israelites were treated as slaves, and their celebration at being freed as they rush right through the audience on their path to freedom. You realize the true exhilaration they had because God answered their prayers. “It’s pretty powerful,” he said.

Pitman points out that there are cast members and live animals transitioning to and from the stage, in and around the audience, periodically, throughout the show, and that people are not permitted to enter the auditorium for seating while that’s happening. In order to ensure that you’ll not miss part of the show, he strongly suggests that audience members be in their seats before the show starts and by the end of intermission.