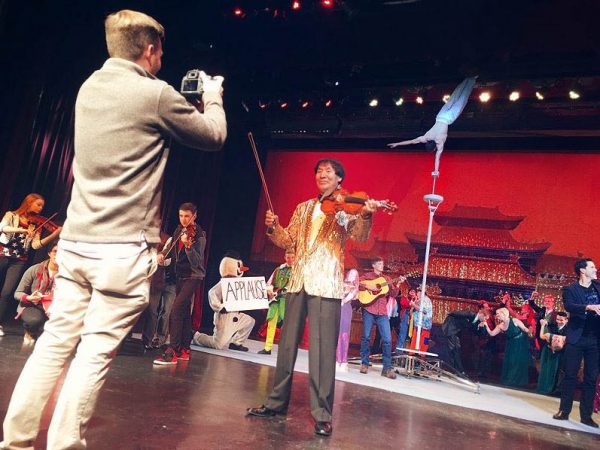 Over 40 entertainers from some of Branson’s most popular and iconic live shows gathered at the Yakov Theater to create a truly showstopping Mannequin Challenge video that embodies the immense talent that graces the Branson stage on a daily basis.

The Mannequin Challenge is a viral internet trend that attempts to mimic the dynamic sequences in movies like “The Matrix” with individuals frozen in place throughout the entire filming process.

Entertainers from Branson shows,  attractions, and theaters participating in the Mannequin Challenge included Shoji Tabuchi, The Baldknobbers, The Acrobats of China at the Yakov Theater, “it” starring The Hughes Brothers, Branson Zipline, The Duttons, Patsy Cline Remembered at the Americana Theatre, Down Home Country at Grand Country, Dublin’s Irish Tenors & Celtic Ladies at King’s Castle Theatre, Parakeet Pete’s Steampunk Balloon, Legends in Concert and The Bretts at Dick Clark’s American Bandstand Theater, and The Petersen’s at the Little Opry Theatre.

Branson’s Showstopping Mannequin Challenge, created by Branson Tourism Center and the Branson Show League, can be found on: