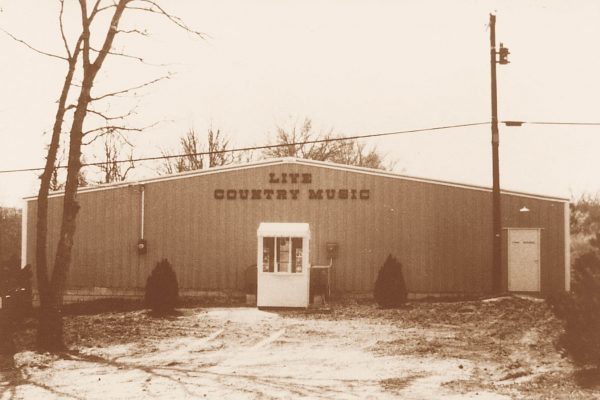 Friday, June 30, 2017, is a special day in Branson’s storied entertainment history. Fifty years ago to the day, on Friday, June 30,1967, the Presleys opened Branson’s first live music theatre on the now famous “Branson Strip.” Over the last 50 years, “Presleys’ Theatre” has become a Branson landmark and the Presleys have continued to entertain audiences with their unique mix of comedy and country, bluegrass, and gospel music in Presleys’ Country Jubilee.

As the Presleys celebrate the 50th Anniversary of that opening, it’s almost impossible to imagine that in 1967 there was no “Branson Strip.” Highway 76 was a curvy two-lane stretch of blacktop tourists used to get from Branson to the growing “Silver Dollar City,” “Shepherd of the Hills,” and “Table Rock Lake.” Except for the “Shepherd of the Hills Outdoor Play,” located well west of Branson, there were no music shows or other live entertainment anywhere on Highway 76 for tourists to go to in the evening.

The Presleys, who had been entertaining audiences with their music and comedy for years, in caves and other places around the Ozarks, recognized the opportunity to achieve the dream of owning their own theatre. Gary Presley said, “We thought that if we could put a building on Highway 76 we might have a few people show up.”

The “we” was a partnership. It was composed of Lloyd and Bessie Presley; Gary and Pat Presley; Deanna, Gary’s sister, and husband David Drennon; and Francis and Larry Drennon, David’s parents. Thanks to their cooperative efforts and sacrifices, the “Mountain Music Theatre,” built about three and one-half miles from Branson, opened on Friday night, June 30, 1967.

The show’s format that night, short sets of country, bluegrass, and gospel music, broken up by hilarious comedy, was an ideal fit for the talents of the Presleys. In fact, it worked so well, that’s it’s still used today. And that’s not the only thing that hasn’t changed! Two of the original cast that night, the shows comedian, Gary Presley as “Herkimer,” and drummer, Steve Presley, have been performing with the show continuously since that night. 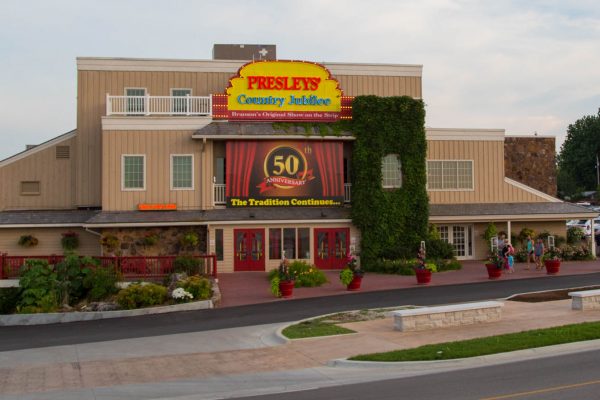 The success of the theatre was no sure thing. At the time, not only were there no theatres or attractions on Highway 76, but it was largely unpopulated with only a few non-tourist related businesses on 76 between downtown Branson and Shepherd of the Hills.

Well, here we are 50 years later, in hind sight, looking back in amazement at what has happened since that day in 1967. Within a couple of years, the name of the theatre was changed to the “Presleys’ Theatre.” Through the years it has undergone many renovations making it one of the most unique, comfortable, and state of the art theatres in Branson.

Even more remarkable was the number of theatres and attractions that soon started to join the Presleys up and down Highway 76. So many, that the portion of Highway 76 running by Presleys’ Theater is now called the “Branson Strip.” In the middle is its “first show,” the iconic Presleys’ Country Jubilee, still featuring the Presley family and celebrating 50 years of working together to entertain Branson audiences.