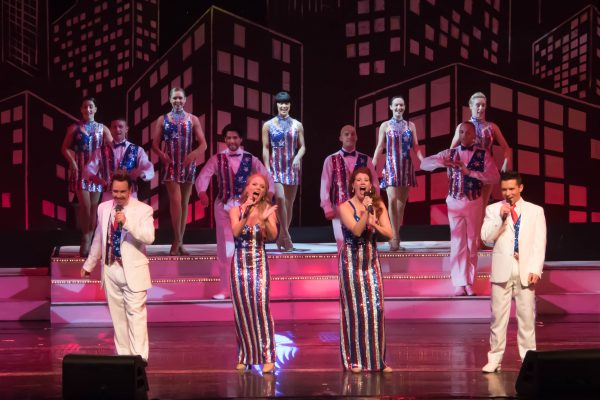 The cast of “Broadway’s Greatest Hits” during the Finale.

“With school starting, August is a transitional month for younger visitors with families. It’s also an excellent time for that last summer getaway before the school starts,” said Preston Garrison, Director of Operations for the Branson Tourism Center.

Here’s an insider’s highlight list, containing some of the best of what’s going on in Branson during August, our Featured Show, Limited Engagement, and Event of the Month.

Featured Show of the Month: Broadway has burst upon the Branson Strip in a spectacular new production, Broadway’s Greatest Hits. The show adds a unique new dimension to the scope of entertainment Branson’s live shows offer. It’s a show of “bests.” It’s Broadway’s “best” presented in one of Branson’s “best” productions by some of the “best” vocalists and dancers on any stage in Branson. Each segment has its own choreography, style, special effects, costuming, and more. The timelessness of the music, the interaction between the vocalists and dancers, their talent and energy, the many styles of dancing, colorful costuming and more, appeal to both adults and kids alike and have them waiting for what’s coming next.

Featured Limited Engagement of the Month: Don’t miss this chance to see Terry Fator, the outstanding entertainer who packs the house in Las Vegas and won the top prize on Season 2 of the NBC’s prime time hit, “America’s Got Talent.” His exceptional talent as a puppeteer and singer is unbelievable. With his natural technique, you will quickly come to think of each puppet as more than a doll, and his fantastic skill as a vocalist will have you looking forward to every song! It’s one of the funniest, most unique, and enjoyable shows you will ever experience. Two days only, August 11-12 at the fabulous Welk Theatre.

Featured Event of the Month: Branson’s 29th Annual Fiddle Festival & Mid-America Fiddlers Championship will be held at the Grand Country Water Park Resort. August 25-27. The fun starts in the Grand Country Parking Lot at 6:30 PM on August 25 with the “Anything Goes Contest” and a free concert starring Melody Hart and a live band. The Mid-America Fiddlers Championship starts on the morning of August 26. Six Divisions, from Pee-Wee to Senior and Open, will compete for thousands of dollars in prizes and the coveted title of the “Mid-America Fiddle Champion.” The title will be decided in a Round Robin Play Off at 4:00 PM on August 27. The actual competition will be conducted in the Grand Country Music Hall, the home of all Grand Country’s shows, and will be hosted by noted Branson Fiddler Wayne Massengale. 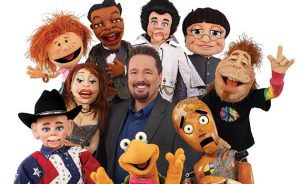 For additional information on these events, or any of Branson’s shows and attractions, or for lodging arrangements, please contact the Branson Tourism Center, one of Branson’s largest and most respected vacation planning services by visiting www.BransonTourismCenter.com, or calling 1-800-785-1550.