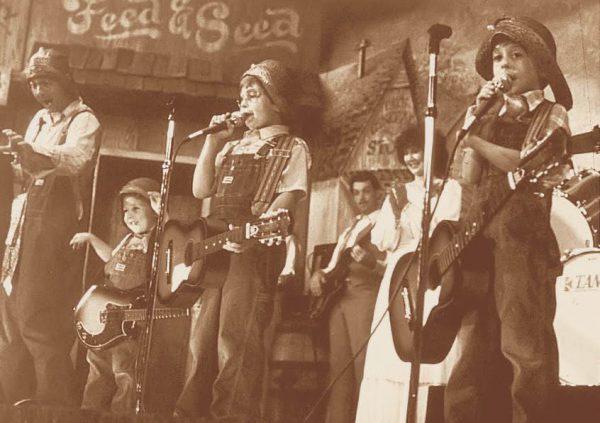 They’ve come a long way! Third generation Presleys: Eric, Scott, and Greg, performing as “Herkimer” with their dad, in one of their earliest show performances.

From their first performance in Branson’s first show on the now famous Branson Strip, on June 30, 1967, generations of Presleys have been entertaining Branson audiences with their one of a kind show. Over the past 50 years, millions of Branson visitors have enjoyed Presleys’ Country Jubilee and the talents of the Presley family, making it one of Branson’s most popular shows and a Branson icon.

That first show featured first and second generation Presleys, Lloyd Presley, his two sons, Gary and Steve, and his two daughters Deanna and Janice. As they start their second 50 years in Branson, the show still features two of performers performing in that first show, comedian Gary “Herkimer” Presley and drummer, Steve Presley. As important, if not more so, is the addition of third and fourth generation Presleys which has enabled the show to evolve and maintain its iconic status and popularity.

The shows two main elements are comedy and music, and no show in Branson does them better than Presleys’ Country Jubilee. For over 50 years and counting, the linchpin of the comedy has been Gary Presley as “Herkimer.” His son Eric, has been part of the act playing “Little Herkimer” since he was three years old and later developing his own character named “Cecil.” Through the years they have entertained audiences with a familial comedic synergy and humor that is as funny as it is unduplicatable. Along the way, Eric has integrated some of his own unique comedy and routines. Most recently, they have been joined by Eric’s son “Ben” insuring the continuation of that one of a kind Presley comedy for generations to come.

It was a tradition of Presley family musical talent that got the Presleys into the entertainment business. That talent can be traced directly back to Lloyd Presley’s mother, Mamie, who loved the harmonica. Lloyd began his musical career with the “Ozark Playboys,” and his kids, growing up in that musical environment, began playing of their own volition. In 1962, they started performing with their dad every Saturday night in Springfield’s Fantastic Caverns.

Gary Presley, is an accomplished guitar player. When he first started with his dad in 1962, he did it playing the guitar. His comedy career as “Herkimer” was to start a short while later. His son, Scott, following in the footsteps of his dad and grandfather, delights audiences nightly as the lead guitar player in the show. Greg, reflecting the passion his great grandmother Mamie had for the harmonica, consistently amazes audiences with what he can do with the harmonica. 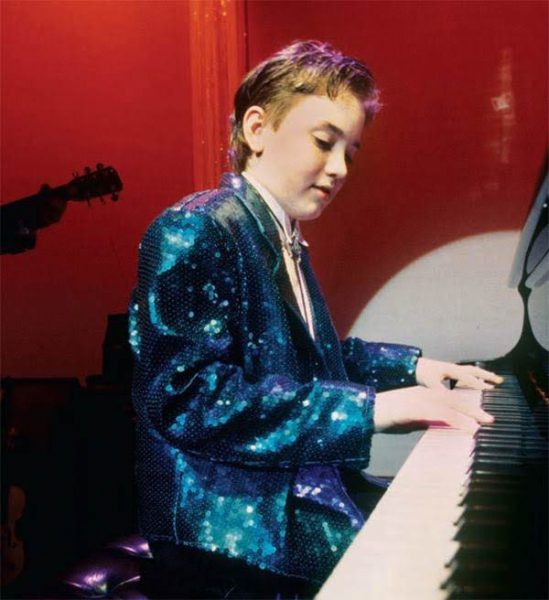 Ten year old John Presley, in one of his earliest show performances.

The Presley tradition and passion for music continues with John, Steve’s son. He is the pianist and keyboard player in Presleys’ Country Jubilee and does many of the shows musical arrangements. John’s wife, the lovely and extremely talented, Ambrus Presley, is one of the shows featured vocalists and one of the finest female vocalists on any stage anywhere.

Although Gary and Steve Presley are listed as producers of the show, they both quickly admit that their sons are a big reason the show continues to be successful. The third generation’s innovations and blending of technology, music and comedy, helps keep the show relevant and on the cutting edge of today’s musical entertainment.

Fourth generation Presleys continue the family’s musical tradition of performing in the show. Joining their cousin Ben performing on stage each night Scott’s sons, Brett, 17, plays the bass and Zach, 15, plays, drums for the finale of the show.

There have never been any “stars” featured in Presleys’ Country Jubilee. For four generations, and over 50 years, it’s just been “the Presleys” sharing their talent, love for each other, and their passion for comedy and music with Branson audiences. What a great tradition and way to start the next 50 years of “the Presleys” and the phenomenal Presleys’ Country Jubilee!