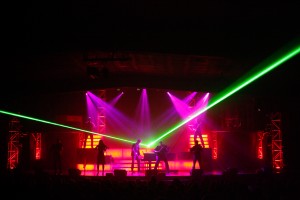 The Haygoods are just one of the shows having special New Year's Eve celebrations.

BRANSON, Mo., December 17, 2012 — “What a great place to celebrate New Years Eve and bring in the new year,” said Tammy Johnson, the Director of Operations for the Branson Tourism Center. “There is always so much for families and individuals to see and experience in Branson. From Zip lines, butterflies, museums, shopping  and scenic cruises to an amazing choice of live shows and New Years Eve celebrations. There is a multitude of choice of exciting and entertaining ways to build memories and have fun as 2012 fades away and 2013 starts,” she added.

The vast majority of Branson’s attractions will be open New Years Eve day offering a full range of fun things to do. What better way to spend the last day of 2012 with your family than sharing an historic last chance to commemorate the 100th year anniversary of the sinking of the Titanic at the Titanic Museum Attraction, seeing the unique and spectacular “White Flight” at the Butterfly Place & Rainforest Adventure, taking an exciting cruise on Main Street Lake Cruises Lake Queen with the chance of seeing Bald Eagles or some of the other exciting attractions and activities that Branson offers. The following list, sorted alphabetically, is a list of some of Branson’s most popular attractions and includes a link to more information on each, including pictures, videos, schedules and pricing:

Ripley’s Believe It or Not Museum

Shoot for the Stars Mini Golf

Branson will offer a variety of exciting quality live shows and entertainment with something for everyone. From the Amazing Pets show at 10 AM until the curtain falls on the last show as 2013 begins, Branson’s famed shows will provide a breadth and quality of live entertainment that is as spectacular as it is amazing. Many of Branson’s shows will also be offering special New Years Eve shows and “parties” to celebrate the New Year. The following is a list of the shows, sorted alphabetically by time, that will be open on December 31 with a link to more information on each, including pictures, videos, schedules and pricing. In addition, if a show has indicated they are doing something special to celebrate New Year’s Eve the words “New Year’s Eve Show” follows the shows name

Christmas on the Trail

“From attractions’ and shows to great shopping, golf, fishing, cruises and so much more, its hard to imagine a better place than Branson for families to celebrate New Year’s together,” said Branson Tourism Center’s Johnson. She also points out that, particularly at this time of the year, schedules and activities could be impacted by weather. She offers the services of Branson’s largest and most respected vacation planning services, the Branson Tourism Center in answering any questions anyone might have or assisting with tickets or lodging arrangements. BTC can be reached by either calling their toll free number 1-800-785-1550.