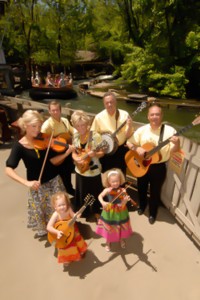 BRANSON, Mo., August 12, 2013 — “Running for only 11 days, from August 23 – September 2, Silver Dollar City‘s Southern Gospel Picnic has one of the shortest running times of any of Silver Dollars City’s world class festivals,” said Tammy Johnson, the Director of Operations for the Branson Tourism Center. “It’s almost ‘Heavenly,’ the way they integrate and combine all the rides, excitement and adventure of a world class theme park with over 60 of the finest Southern Gospel music acts available anywhere and a ‘picnic’ Silver Dollar City style.”

Information received from Silver Dollar City about the event said there will be over 60 acts performing Southern Gospel music throughout the park during the festival. The Festival’s coordinator D.A. Callaway said that they will feature everything from “…legendary performers and Dove award winners to contemporary artists and family bands,” offering “impeccable harmonies and uplifting songs” that will be appreciated by fans of Southern Gospel Music while offering those “new to the genre” an excellent opportunity to sample different types of Southern Gospel Music presented by some of the top artists in the field.

Guy Penrod the host of the show “Gospel Music Showcase” on the Daystar network and one of Southern Gospel’s premier performers will be performing at the Festival. In addition to his album “Hymns” being the top selling Southern Gospel album of 2012 Penrod’s credits include more than a decade of performing with the Gaither Vocal Band, singing backup for Kenny Chesney and Shania Twain as well as being nominated as the Inspirational Country Music Awards Entertainer of the Year.

And that’s just one of the acts that will perform hundreds of performances during the Festival. Other acts include Karen Peck & New River, 2012 Dove Award Country Song of the Year & Southern Gospel Album of the Year; Triumphant Quartet, Four 2012 Singing News Fan Awards including Favorite Traditional Quartet, Favorite Musician & Album of the Year; The Hoppers, 2012 Singing News Fan Awards Favorite Soprano – Kim Hopper and dozens of others. Click here for a complete schedule.

The daily performances will be followed each night by the “Southern Gospel Nights” concert which will be held in Echo-Hollow, Silver Dollar City’s 4,000 seat amphitheater and will be hosted by gospel emcee Duane Garren. On Sunday August 25 and September 1 there will be a special worship service featuring the Hosea Bilyeu Family on August 25 and noted humorist and evangelist Dennis Swanberg on September 1.

“Well that takes care of the ‘Southern Gospel’; the The House of Chicken & Fixin’s on the Square is going to add the ‘Picnic,'” said Branson Tourism Center’s Johnson. In addition to all the delicious food normally available throughout the park The House of Chicken & Fixin’s will be offering the park’s guests mouthwatering double-battered fried chicken, smoked barbecue chicken and more with their favorite “picnic fixings.”

In addition to all the special activities and events involved in the Festival, all the excitement and adventure that the international award winning 1880s theme park is noted for is also available. This includes 100 resident craftsmen and over 30 rides and attractions including Silver Dollar City’s new ground-breaking wood coaster Outlaw Run featuring “the world’s first and only double barrel roll on a wood coaster, with a 720-degree (double) barrel roll.

For further information on Silver Dollar City, its Southern Gospel Picnic or any of Branson’s other shows and attractions or for lodging arrangements please contact the Branson Tourism Center by either calling their toll free number 1-800-785-1550 or through their website www.BransonTourismCenter.com.