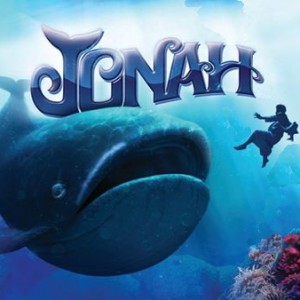 Children love “Jonah.” It has it all action, color, spectacle, peer performers and an ageless story.

“One question we get asked quite often, especially at this time of year with many of families vacationing in Branson, is ‘What are the best shows for children?'” said Tammy Johnson, the Director of Operations for the Branson Tourism Center. “All of Branson’s shows, in terms of content, are suitable for children but ‘what is best’ for a particular child depends on their age, attention span, interests and other factors,” she added.

Based on my experience with Branson shows over the last 28 years, Johnson’s advice is right on. She’s in an excellent position to know because the Branson Tourism Center will sell its four millionth ticket this month and many of those tickets were sold to families with children. Ask most Branson shows and they will tell you that there is something in their show “for children of every age.” That might very well be true for a short portion of the show, but some shows, more than others are more likely to hold the interests of children throughout more of the show than others. Realizing that these may overlap, here’s three things to consider when considering a Branson show for children:

1. Does the show have a lot of action or animals throughout that will appeal to your children? Most children like action and variety throughout the show. Some shows have a lot of action and variety that naturally and obviously appeals to children such as the Acrobats of China, Amazing Pets, Hamners’ Unbelievable Variety Show, Le Grand Cirque, Dixie Stampede, Chris Perondi’s Stunt Dog Experience, Illusionist Rick Thomas and Jonah among others.

2. Does the show have performers in it that your children will relate to on a peer to peer basis? This one is tricky because it’s not just a matter of having children performing; it’s about the quality of their performance and how it relates to the total entertainment experience of everyone in the audience because these shows, although designed to hold the interests of children throughout with key peer to peer performances, are primarily music shows. Some do it with a mixture of performers going from their star parents to younger children; prime examples of this type of show would be the Duttons, Clay Cooper’s Country Express, and it at the Hughes Brothers Theatre. In others, such as the Haygoods and Ayo staring the Voices of Glory, the stars themselves are the peer to peer performers that children, particularly teenagers, will relate to.

3. Does the show have enough color, spectacle, or action to hold your child’s interest throughout the show? Is there enough color, spectacle and action intermixed throughout the show, whether intended specifically for children or not, to hold their interest? Presleys’ Country Jubilee is an excellent example of this type of show where their colorful costumes and the hilarious action filled comedy of “Herkimer” and his son “Cecil” combine with outstanding music into a show that has been successfully and continuously entertaining families visiting Branson since 1967.

4. Does the child have the attention span to sit through the show? This is primarily age related and something only the parent or adult thinking of taking a child to a show would know. If after considering the three factors listed above the answer is, “No,” then it might be advisable to spend the time and money enjoying one of Branson’s many other activities such as the Titanic Museum Attraction, a sightseeing cruise aboard the river boat replica Lake Queen, the Shepherd of the Hills Trout Hatchery or any one of the dozens of other Branson Attractions.