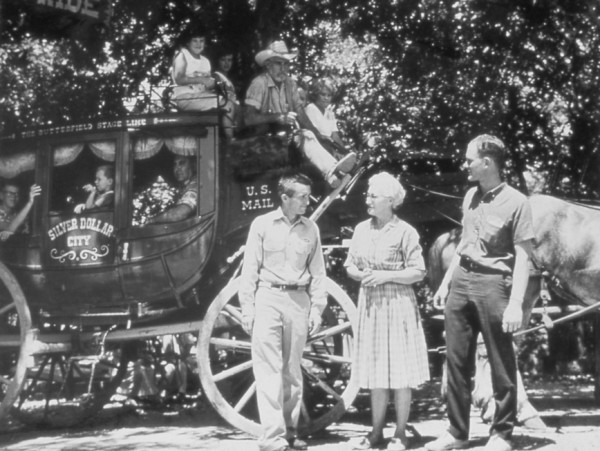 The little town of Branson, Missouri, nestled in the heart of the Ozark Mountains, is an international tourist destination visited annually by millions. Branson visitors can experience almost 100 spectacular live shows offering a staggering variety of entertainment from Branson’s Clay Cooper’s Country Express to SIX; dozens of exciting attractions such as Ride the Ducks and Silver Dollar City, Branson’s award winning 1880’s styled theme park; world class shopping and so much more, but it wasn’t always so.

Let’s take a look at six things that happened to Branson Tourism along the way, starting in the beginning and coming forward:

1. Branson’s First Tourism Attraction – In 1884, when most people just saw a cave filled with bat dung when they looked at “Marble Cave,” William Lynch sensed tourism potential, bought the Cave, “sight unseen,” moved, along with his daughters Miriam and Genevieve, from Chicago to Branson and opened it up for tours. After his death and with a change in name to ‘Marvel Cave’ the daughters continued to operate the attraction until 1950, when Hugo and Mary Herschend leased the cave and the surrounding land from them, and along with their two teenage sons, Peter and Jack, took over the operation and management of the Cave. The Herschend family has been operating the Cave ever since and to this day, it is the oldest and longest continuous running attraction in Branson but that’s not all; it’s all of that, but to use the words of Zig Ziglar, “and then some.” (See Item #5 below.)

2. Harold Bell Wright’s novel “Shepherd of the Hills” – National attention was drawn to the area when Harold Bell Wright’s novel, “The Shepherd of the Hills,” about the love, life, adventures and folklore of the people living in the Ozarks was published in 1907. Thousands from all over the country came to see the area where the Shepherd walked and the “people” described in the story. The novel is credited with the start of Branson’s tourism industry. Ever since 1959 tit has been brought to life near the very spot where Harold Bell Wright wrote it as “more than 90 actors and actresses, and a cast of animals that includes, horses, donkeys, mules, and sheep present this epic tale in an amphitheater under nature’s roof of stars!” in the Shepherd of the Hills Outdoor Drama. 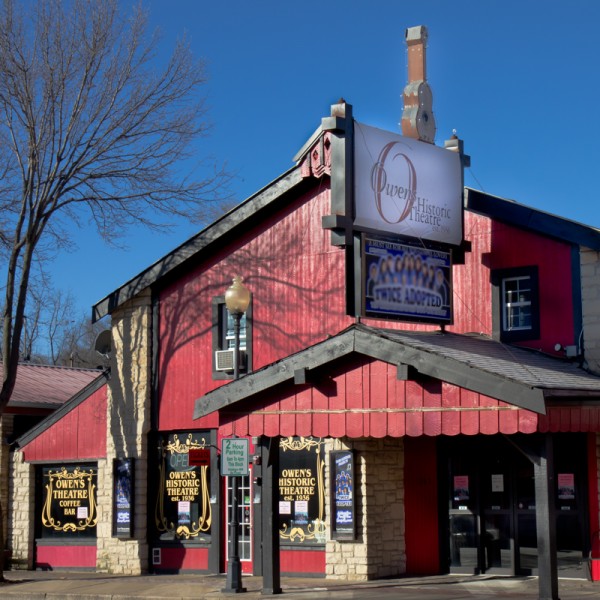 3. Owen Theatre – The “Owen Theatre,” subsequently renamed the “Owen’s Theatre,” was built in 1936 by Jim Owen, a local float trip operator on the White River, to provide entertainment for the fishermen when they weren’t fishing. Originally called the “Hillbilly Theatre” and, although first a movie theatre, it is considered Branson’s first “theatre,” movie or otherwise and was a harbinger of things to come. Located in historic downtown it is still operating as a theatre and its distinctive architecture and beautiful interior stone walls make it one of the most unique buildings in Branson.

4. The Baldknobbers – In 1959 the Mabe family started performing the Baldknobbers Jamboree which is credited as being Branson’s first show, the “show that started it all.” Interestingly, they did not perform in Branson’s first theatre, the “Owen Theatre,” but in a small rented space in a civic building located right behind it however, it’s kind of neat how 30 plus years after Branson’s “first theater” was built that its “first show” started in its shadow.

5. Silver Dollar City – Opening in 1960, the 1880s styled Silver Dollar City is not only Branson’s biggest paid attraction, but its most popular however, it did not start out to be a stand-alone attraction. It came from an idea of having an area where people could be entertained while waiting to go through the “Marvel Cave.” (See Item #1 above.) The concept developed into an 1880s themed village that was built by Mary, Jack and Peter Herschend, named “Silver Dollar City,” after the Silver Dollars that were given as change to promote the attraction, and opened in 1960. The first year, when it drew four times more visitors than “Marvel Cave,” Peter Herschend said, “We discovered we were in the theme park business,” and the rest is history.

6. The Branson Strip – In 1967 the Presley family built a theatre immediately west of the Branson city limits on State Highway 76 where they began performing Presleys’ Country Jubilee and, with some of the original cast members still performing, have been continuously performing it ever since. Although hard to envision today, it was the first show on what is today, the famed “Branson Strip,” running from the intersection of Fall Creek Road and Highway 76 to the intersection of the Shepherd of the Hills Expressway and Highway 76. It is “home” to the bulk of Branson’s shows and attractions and is traversed annually by millions of Branson visitors.