Dave and Denise Hamer at the conclusion of their magnificent flying birds illusion.

Particularly important with this show, because of the perception some could get that it’s primarily for children, is the audience reaction to the show. The performance that I saw on July 26, 2015, was just about sold out and was composed of nearly equal numbers of adults and children. I was seated about half way back and got to see, as well as sense, the audience’s reaction to the show. It was just amazing the way people of all ages reacted throughout and how everyone, kids and adults alike, really seemed to be involved in the show and having fun.

During intermission, I talked with Dennis from Grandville, New York, who was attending the show with his wife. He was in the 50 plus age range and said that he thoroughly enjoyed the show and would recommend it for others in their age group. At the other end of the spectrum, I had a chance to chat with the four Manning children from Poplar Bluff, Missouri, who ranged in age from about seven to 13 years old. Collectively, they said that the show was awesome but, interestingly, each of them had a different favorite part, except for the youngest, Miss Mollie, who liked everything.

Many shows say they have “something for everyone,” but this show has “lots for everyone.” From its magical opening introduction to its spectacular inspirational and equally magical 911/Veteran’s finale, this show has it all…great illusions, close-up magic, high flying “silk” acrobatics, an amazing strength adagio act, comedy, musical impersonations, vocals, dancing, and ventriloquism. The scope and variety of this show and the way everything smoothly transitions from one act to another is simply Unbelievable!

The centerpiece of the show is the magic and illusions of Dave and Denise Hamner. One could talk about the venues they have appeared in, from Las Vegas to Disneyland, and the awards they’ve received, including the prestigious Magic Masters Award by their peers in Las Vegas, but nothing compares to just watching these two masters of illusion perform their unbelievable magic as they entertain and interact with their audience. That’s not an illusion, it’s purely magical!

From among many, their signature, one-of-a-kind bird act with flaming swords, coins, and beautiful Macaws and Cockatoos appearing and flying out over the audience, their unique version of “Origami,” and a beautiful woman being transformed into “Gakita” the gorilla right before my eyes, were three of my favorite illusions. 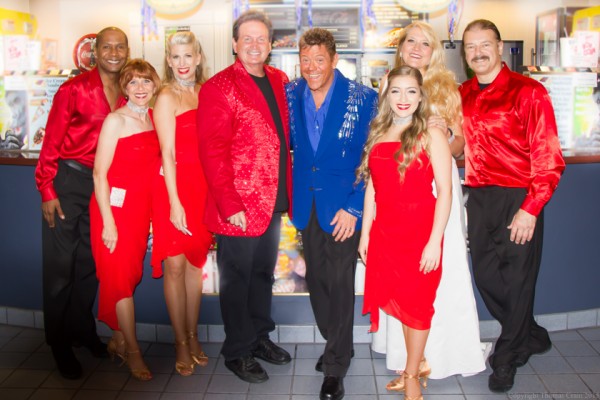 If the magic of the Hamners was all there was, that alone would make it a fabulous show, but it isn’t; there’s a virtual cornucopia of talent, excitement, and entertainment including:

Jeff Brandt, who while performing vocal impressions with Wayne Newton in Las Vegas, was given the nickname The Voice; after seeing and hearing him perform, you’ll know why. His incorporation of the different impressions of Elvis, Frank Sinatra, Dean Martin and Sammy Davis Jr. into his performance of “My Way” was, to say the least, remarkable and some, might even say, Unbelievable.

Vadim & Mariya Serykh, a father and daughter team, amaze the audience with their eloquent and beautiful strength and balancing adagio act. Mariya rises high over the audience and performs a beautiful acrobatic “silk” routine.

Tamra Tinoco, has produced and performed in a number of Branson shows, including The Magnificent 7, in which she and her husband Joe star. Her performance of “Are You Ready for a Miracle” during the show was beautiful.

Brenda Hahne, the shows ventriloquist, and her loveable “Aunt Ruth” appear magically and add an element of humor to the show as Aunt Ruth and her “niece” Brenda interact with each other.

I would be remiss if I didn’t mention AJ Heard, the show’s choreographer, who also dances in the show with Ken Brown, and Mariya Serykh. Their dancing, whether introducing an illusion or as part of some other act, adds an element of grace, elegance, and beauty to the audience’s enjoyment of this Unbelievable show. Their interaction with Tamra Tinoco during her performance of “Feeling Good” is but one example.

From beginning to end, one word describes this show, “Unbelievable,” in terms of its combination of magic, variety, and its ability to simultaneously entertain all ages. For additional information or tickets for Hamners’ Unbelievable Variety Show, please feel free to contact the Branson Tourism Center, one of Branson’s largest and most respected vacation planning services by calling 1-800-785-1550, or by visiting www.BransonTourismCenter.com.