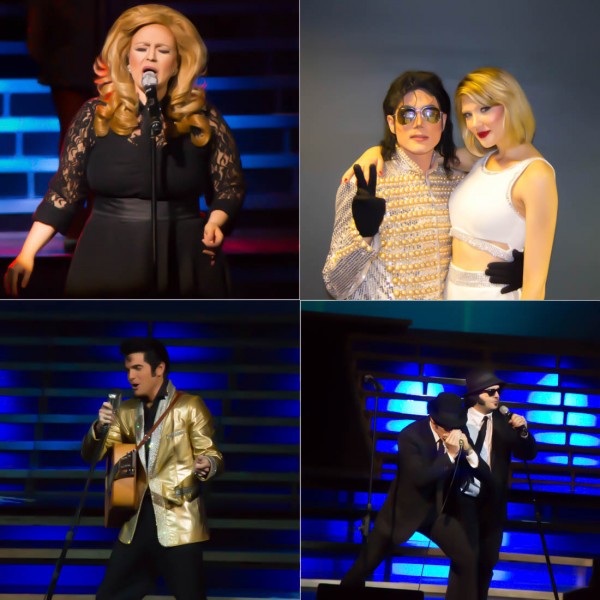 “We are just so excited to be starting our 20th anniversary season in Branson,” said Legends in Concert General Manager, Jeannie Horton. “The star studded lineup is mind blowing, even by Legends in Concert standards. It is designed to meet the changing demographics of our audience as they change throughout the season, and provides them with the stars that they have most often requested,” she added.

Horton points out that, in addition to the seasonal star-studded guest lineup, every performance of Branson’s Legends in Concert includes a Blues Brothers™ and Elvis tribute. The always entertaining, energetic, and exciting Blues Brothers™ tribute is performed by Clint Nievar. and Danny Zeligman. For the 2016 season, the Elvis Tribute will be performed by a rotation of noted Elvis tribute artists such as Bill Cherry, Cody Ray Slaughter, and Ted Torres, except when Dean Z is performing the tribute May 1 through the end of August, and November 1 through the end of the year.

Jeannie is excited about the opening lineup for the spring season, which started February 5. It includes a powerful tribute to Tina Turner and the Ikettes as Lori Mitchell-Gay opens the show with her always crowd-pleasing rendition of “Proud Mary;” Paul Eve’s tribute to Johnny Cash, including “Ring of Fire”, “Folsom Prison Blues,” and other hits; the crazy antics of The Blues Brothers™ that will just make “Everybody” want to “Shout;” Michael Knight’s return as Michael Jackson, starting off his set with a medley of hits from The Jackson Five, and working his way up to “Thriller” and “Billie Jean,” and the return of Bill Cherry as Elvis Presley, performing #1 hits from The Jumpsuit Era, like “See See Ryder” and “My Way.”

Here’s the amazing 20th anniversary Legends in Concert 2016 lineup of stars, by season:

Johnny Cash, Tina Turner, The Blues Brothers™, and Elvis through May 17, with Michael Jackson from February 5 through April 30, and Michael Bublé from May 1 through May 17.

And, it gets better! Although the obvious stars of the show are the tribute artists, it is the manner in which their individual talents and personalities are integrated with the show’s extremely talented dancers, vocalists, and live band, into a series of unique, exciting, and entertaining “mini concerts,” that makes Legends in Concert a spectacular and entertaining production that holds the interest of the audience from beginning to end.

For additional information or tickets for Legends in Concert, or any of Branson’s other shows and attractions, or for lodging arrangements, please feel free to contact the Branson Tourism Center, one of Branson’s largest and most respected vacation planning services; call 1-800-785-1550 or visit www.BransonTourismCenter.com.