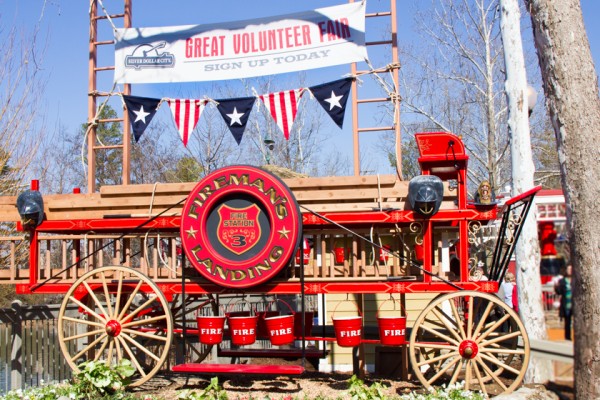 “One of the neatest things about Silver Dollar City is that it has so many exciting and fun-filled rides, shows, and activities to experience. Not only does it have something for everyone, but it has multiple things that everyone loves and that’s why it’s Branson’s most popular attraction and has been helping families ‘create memories worth repeating’ for over 50 years,’” said, Preston Garrison, the Director of Operations for the Branson Tourism Center, one of Branson’s largest providers of tourism services and information.

Garrison’s comment was based on responses, from a portion of the over 32,000 people who interact with Branson Tourism Center’s Facebook page, to the question, “Branson’s most popular attraction is Silver Dollar City; what’s the one thing you would advise a friend visiting SDC for the first time not to miss?”

Interestingly, the vast majority of those responding, although asked for the “one thing they would advise a friend visiting SDC for the first time not to miss,” listed more than one. Perhaps the reason why is best summed up by the comment of Amanda Cox Cranfield when she said, “EVERYTHING- don’t miss a thing!”

Silver Dollar City is an international award winning 1890’s style themed park that, combined with Marvel Cave, around which it is built, is Branson’s longest continuous running attraction. It features six annual world class festivals, of which its Old Time Christmas is its longest running and most award winning; over 40 plus rides and activities, shows, demonstrating craftsmen, and much more. There is so much to see and do, especially if you take a tour of Marvel Cave, that many people buy a two-day pass which costs less than $6.00 more than a one day pass. 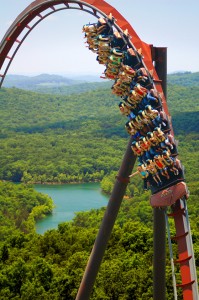 It has rides for every age from world class coasters, such as the exciting iconic Wildfire and the heart-pumping roller coaster, Outlaw Run®, voted the “Best New Ride of 2013” by Amusement Today, to rides and activities for the smallest members of the family, such as Happy Frogs, Lady Bugs and Half Dollar Holler. One of the things that keeps Silver Dollar City so popular is that it is constantly adding new things to see and do, such as the new $8-million-dollar Fireman’s Landing, featuring six new rides and four new attractions for families to enjoy together which was added in 2015.

Silver Dollar City is noted for the quality and variety of the food that is served throughout the park, from full meals to snacks and more, but let’s let two of the commenters sum it up in their own words:

Kevin L. Wilson: The succotash!!!!! The fried okra and corn and onions and grilled chicken and, well, I’m getting hungry.

Joe Slay: Kevin Wilson stole my thunder. I also recommend the kettle corn, pork rinds, funnel cakes, and fudge. Get to the succotash kiosk early ’cause the line gets long fast. Yeah, I’m all about good grub and SDC has it.

By age, it’s Branson’s oldest attraction, yet it remains one of its newest in terms of maintaining its freshness and excitement by constantly updating and adding exciting new things to see and do, making it the number one single paid attraction in Branson, both in terms of why people pick Branson as a vacation destination and what they actually do while in Branson. Why? Perhaps the words of Erin LeBlanc-Wise sum it up best when she answered saying, “The craftsmanship and peanut brittle….pretty much everything Silver Dollar City has to offer. It’s the best theme park ever!!!”