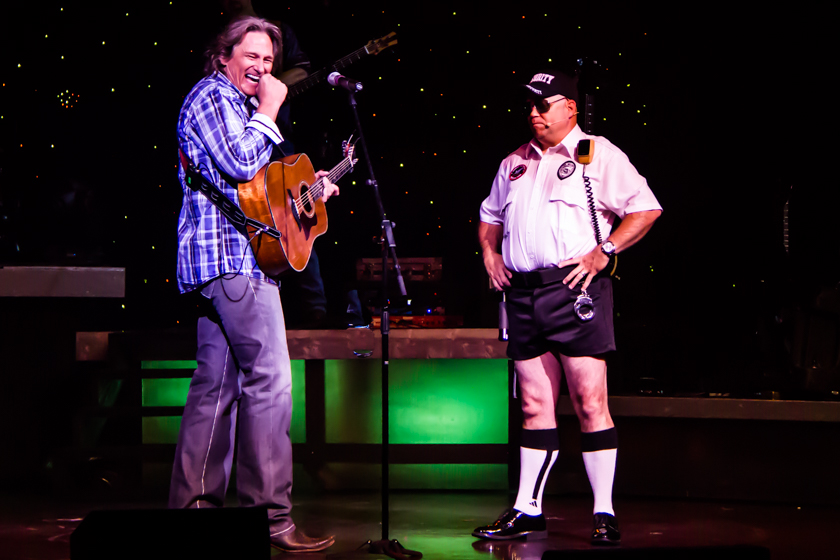 “Branson, Missouri is blessed with an amazing variety of live shows presented by some of the best singers, dancers, musicians, comedians, magicians, and entertainers on the planet,” said Annette Wood, the Director of Sales and Marketing for the Branson Tourism Center (BTC), one of Branson’s largest and most respected vacation planning services, and sellers of over 4.5 million Branson show and attraction tickets. “BTC’s Featured Show of the Week spotlights one outstanding example from its list of Branson’s Most Popular Shows.

Billy Dean in Concert with Jarrett is a unique combination of entertainment talent. Billy Dean is a Grammy nominated and Academy of Country Music Song of the Year award winner, singing the very hits that only wrote, but took to the top of the charts. Jarrett Dougherty, is one of Branson funniest and most beloved comedians. The pairing results in a show filled with great music, presented in that special Billy Dean down-home style, and hilarious comedy routines for which Jarrett Dougherty is famous.

Billy Dean’s impressive career as an amazing vocalist and songwriter keeps him in the hearts of everyone who loves a great country song. Dean’s impressive music career took off when his very first single landed in the top five on Billboard’s Country Music Charts. Only Here for a Little While may have introduced him to the world, but the title certainly doesn’t reflect his career; he’s definitely here to stay! He’s charted scores of hits, including the song that earned him a Grammy nomination and an Academy of Country Music Song of the Year award, Somewhere in My Broken Heart. Other big songs include It’s What I Do, Only the Wind, You Don’t Count the Cost, Billy the Kid, and Let Them Be Little.

It’s not just the music that keeps audiences enchanted by the talented Billy Dean, his engaging personality, sense of humor, and delightful story-telling make every performance special; those movie-star good looks don’t hurt either! And speaking of movie stars, Dean has exercised another of his gifts on both the big and small screen, appearing in movies and TV series alongside some of Hollywood’s most memorable names.

Want funny? Nobody brings on the funny like Jarrett Dougherty! He’s kept Branson area audiences in bellyaching laughter for years with his keen wit, humor, and the comedy characters he brings to the stage. It adds new meaning to the term hilarious to see Jarrett’s ‘characters’ interact with Billy Dean on stage.

When you see this show, two things are a certainty, “Billy Dean in Concert with Jarrett” is sure to hit all the right notes and tickle every rib! If you’d like more information or tickets for this or any of Branson’s other shows and attractions, or for lodging arrangements, please feel free to contact the Branson Tourism Center by calling 1-800-785-1550 or visiting www.BransonTourismCenter.com.