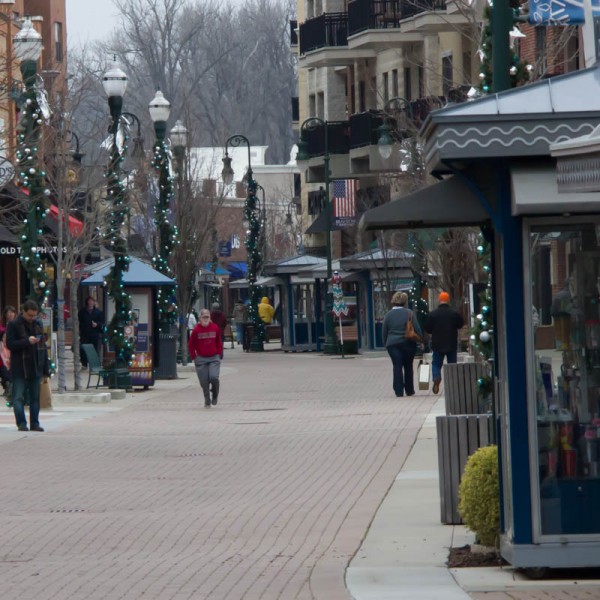 Even with a record 73,000 plus cfs of water going through Table Rock Dam into Lake Taneycomo, there was no impact on the shopping along the Branson Landing Promenade.

Current media reports about flooding throughout Missouri and in Branson has caused some concern about traveling to Branson for fear that it might be flooded. The media did the same thing in 2008 and 2011. The simple truth is this; the Branson that millions of tourists enjoy year round was not flooded in 2008 or 2011, and is not flooded this week!

What happens is that a relatively small number of homes and businesses, located in low-lying areas along Lake Taneycomo and its tributaries, are susceptible to flooding and can become flooded following periods of high rain. This risk becomes a virtual certainty when the U.S. Army Corps of Engineers releases water through the spillways of Table Rock Dam into Lake Taneycomo as part of its White River flood control plan. As regrettable and unfortunate as the damage to those relatively few structures is, one assumes a certain amount of risk when living in the shadow of a flood control dam or near creeks and other water sources. The good news for about 99% of Branson visitors is that the high water in these areas doesn’t impact one iota on the experience they will have in Branson.

“Even during this week, where there were record releases of 72,000 plus cubic feet of water per second (cfs) through Table Rock Dam, with the exception of the White River Fish House, the Branson Landing boardwalk, and the Branson Landing Fountain, all of which are located right on the Lake Taneycomo shoreline at Branson Landing, Branson’s shows, attractions, shopping, restaurants, and other activities were not impacted at all by the water in Lake Taneycomo,” said Annette Wood, Director of Sales and Marketing for the Branson Tourism Center. “The vast majority of Branson’s visitors continued enjoying the fun, adventure, and excitement that makes Branson such a wonderful place, not only to visit, but to live,” she added.

Some will say, “But we saw pictures and videos of Branson Landing and Branson flooding.” If you look at the pictures and videos of Branson Landing, they will invariably show the docks, boats, fountains, and low-lying parking spots, as well as the White River Fish House along the Lake Taneycomo shoreline. These images ignore the fact that there are plenty of parking spaces not covered with water, and that all the stores and restaurants along the famed Branson Landing Promenade had not been impacted at all by the high water.

As heart wrenching as it is to see the damage caused to the homes and businesses impacted by the water, they are located in areas not visited by 99% of Branson tourists when the weather is sunny, dry, and perfect. From Branson Landing to Silver Dollar City, and from Dick’s 5 & 10 in historic downtown Branson, to Clay Cooper’s Country Express, The Haygoods, The Million Dollar Quartet, Grand Jubilee and the rest of Branson’s shows and attractions, the high water in Lake Taneycomo has no impact on the experience enjoyed by the typical Branson visitor!

If you have any questions about the current conditions in Branson, or questions about Branson’s incredible shows, attractions, or lodging, please don’t hesitate to contact the Branson Tourism Center (BTC). BTC can be reached by calling 1-800-785-1550 from 8:00 AM to 9:30 PM seven days a week, or through its website www.BransonTourismCenter.com.