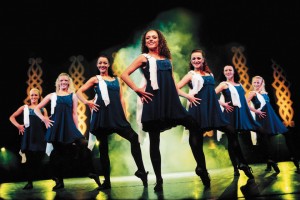 Spirit of the Dance will again be performing in Branson as part of its encore tour.

“From a unique cave tour evolving into what is today, the international award winning 1880’s styled theme park, “Silver Dollar City” to “Branson Landing,” one of Missouri’s most unique shopping venues with over 100 specialty stores, restaurants and its free spectacular $7.5 million water attraction, Branson is constantly evolving and changing to provide its visitors with a fresh, new and exciting experience while maintaining its small town heart, spirit and visitor experience,” said Annette Wood, the Director of Sales and Marketing for the Branson Tourism Center. “Here’s a list of some of the changes we are aware of for the 2015 Branson season that we believe Branson visitors might find interesting,” she added.

Fireman’s Landing (Silver Dollar City) – Its new $8 million “Fireman’s Landing, “containing 10 new family adventures,” will continue the parks 1880s theme and is themed and as an 1880’s volunteer recruitment fair with rides and attractions for ages 3 to 93. Brad Thomas, the General Manager of the park, said that one of the things he likes best about “Fireman’s Landing” is that “families will be able to have fun together and we love it when we can bring families together and allow them to have fun as a family unit.”

One of the featured rides will be “Fireman’s Firefall” rising 80 feet into the air for a beautiful view of the Ozark Mountains; “but,” says Thomas, “You’ve got to keep your eyes open because in a second you go from 80 feet in the air all the way to the ground.” Lisa Rau, said, “Construction is right on target for its April 2015 Grand Opening.”

Parakeet Pete’s Balloon Rides (Branson Landing) – When completed by next spring, the “tethered” balloon ride will tower 180 feet above Branson Landing. Its unique construction permits its riders to experience the thrill of a hot air balloon ride without the weather restrictions that hamper the operation of the typical tethered balloon ride operating outside of a tower. The ride will be handicap accessible and there will be no age requirements so virtually anyone will be able to experience the thrill and enjoyment of the ride.

Million Dollar Quartet _ “The Welk Resort Theatre is proud to present an all-new production of the “Million Dollar Quartet.” The Tony Award winning Broadway musical is inspired by the electrifying true story of one of the most famed recording sessions of all time, where Sam Phillips, the “Father of Rock ‘n’ Roll” brought together icons Elvis Presley, Johnny Cash, Jerry Lee Lewis and Carl Perkins for one unforgettable night. Featuring a treasure trove of the greatest rock ‘n’ roll, gospel, R&B and country hits from these music legends, including “Blue Suede Shoes,” “Fever,” “Sixteen Tons,” “Who Do You Love?,” “Great Balls of Fire,” “Ghost Riders,” and “Whole Lotta’ Shakin’ Goin’ On,” Million Dollar Quartet captures the infectious spirit and thrilling sounds of a singular moment when four of the music industry’s most extraordinary talents, all in their creative prime, came together for one of the most memorable nights in music history. Million Dollar Quartet opens June 2015 and runs through December at Welk Resort Theatre.”

Spirit of the Dance the Encore Tour – Branson’s most popular dance production, “Spirit of the Dance,” is returning to Branson, after its “its International record breaking “Dream Tour.” to delight and captivate Branson audiences for the 2015 season. “Spirit of the Dance” is one of the most successful shows ever to come out of Ireland, has been seen by more than thirty million people around the world and “has won nine Global Awards, including ‘Best Choreography’ and ‘Best International Production.'”

Puttin’ on the Ritz – “Puttin’on the Ritz,” currently appearing to sold out venues worldwide on its current tour with “Spirit Productions,” will be performing at the King’s Palace Theatre in Branson for the 2015 season. It features the most innovative song and dance routines from major musical films over the last 50 years of the golden age of Hollywood and a dazzling tribute to the Award Winning Fred Astaire recreated live on stage. The elegance, grace, originality and precision of tap, ballet, and ballroom dancing is promised to be “one of Branson’s most thrilling experience in 2015!”

Twice Adopted – Although this amazing group of adopted children has performed in Branson before, they did not perform in 2014. The sudden tragic death of the “mother” last year has inspired the kids and has resulted in a unique, inspirational show filled with absolutely beautiful music that will not only entertain the whole family, but touch your heart in a special way.

Terry Fator – The “America’s Got Talent” winner returns to Branson for two nights only on April 18 and 19 at the Andy Williams Moon River Theatre.

Branson Landing Fountain Show – (Branson Landing) There will be three new “Fountain Shows added to the 2015 schedule including “Carol of the Bells” by the Trans-Siberian Orchestra, a the unforgettable “Hoe-Down Rodeo Ballet” by Aaron Copland – London Symphony Orchestra and “Livin’ on a Prayer” by Bon Jovi.

Wake Up With Yakov – Brand new morning show with one of Americas most beloved comedians, Yakov Smirnoff.

#1 Hits of the 60’s (and 50’s Too) –  Amber Campell, the owner of the show and one of its entertainers, said that they are really enthused about moving to the Americana Theatre for their 2015 season, that it’s their 13th year in Branson and the opportunity the move affords for expanding the shows production. She is especially excited about adding a live band to the show in the 2015.

George Dyer – Branson’s premier resident tenor will be moving his George Dyer show from the morning slot at the Duttons theatre to the afternoon slot.

Buffalo Wild Wings is opening in Branson Landing on January 5.

Chick fil A, located just east of the intersection of Highway 76 and Highway 65, is progressing nicely and it looks like it will be open for the start of the 2015 season if not earlier. 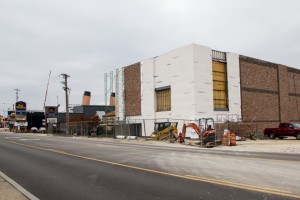 Located near the Titanic Museum Attraction, “Pasghetti’s” is well under way for a 2015 opening.

Pasghetti’s, an Italian restaurant will open next to the Starlite Theatre on 76 County Boulevard. Although no definite date has been announced for the opening, this photo, taken on Dec. 30 indicates that its construction is well underway. It is anticipated that its 15 foot meatball with its 50 foot fork sticking out of it will become another “Branson Strip Icon.”